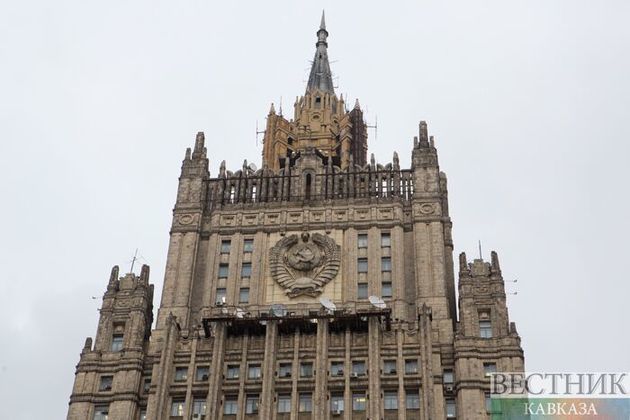 The idea of ​​a war between Russia and Ukraine is unacceptable, Deputy Director of the Information and Press Department of the Russian Foreign Ministry Alexey Zaytsev said at a briefing on Thursday.

"We have repeatedly stated that our country is not going to attack anyone. We consider unacceptable even the idea of ​​a war between our peoples", Zaytsev said.

He expressed hope that the NATO countries would stop igniting a conflict in Ukraine. "We hope that the NATO countries will stop igniting the conflict in eastern Ukraine and refrain from interfering in the internal affairs of this country, which should enable the Ukrainian contracting parties to resolve their disagreements in the direct dialogue between each other", the representative of the Russian Foreign Ministry added.

The artificiality of the conflict between Russia and Ukraine was clearly shown last week. Russia is convinced that without the "help" of the West, this conflict would have been resolved long ago, Zaytsev said.

"We hope that at the next meeting [of political advisers to the leaders of the Normandy Four], scheduled in Berlin in two weeks, we will be able to find solutions to the problems that have been accumulated over seven years, and we will make progress on the issue of Donbass' status", he stated.

Ambassador to US: Russia to secure nuclear-free, neutral status of Ukraine