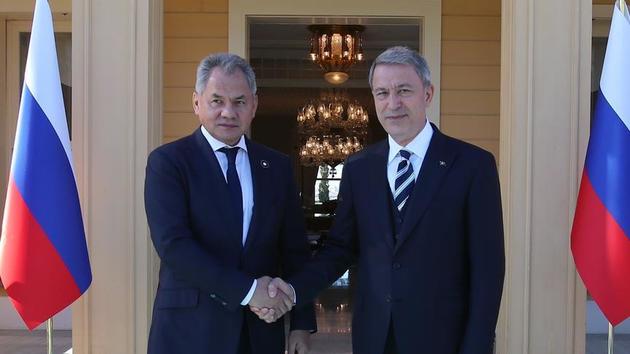 During their phone call, the ministers "exchanged opinions on bilateral and regional issues of defense and security, above all on the recent situation in Syria," the ministry said.

A de-escalation zone was set up in Idlib in 2017, where militants reluctant to lay down their arms moved from the Damascus suburb of Eastern Ghouta and the country’s south. A ceasefire has been in place there since March 6, 2020, following agreements achieved by Russia and Turkey. Nevertheless, opposition groups, fighting on the side of Turkey, and terrorists are violating the ceasefire on a regular basis, shelling positions of the Syrian army and local settlements.