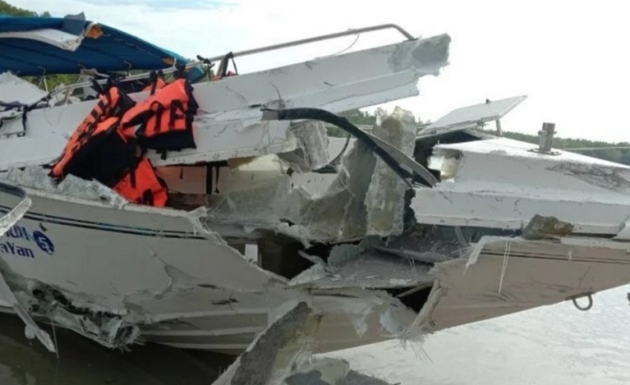 Two Russian children died in a collision of two speedboats off a Thai resort island today.

The victims were a 12-year-old boy and a 6-year-old girl, Associated Press reported.

According to the police, twenty other passengers from the boats that collided off Phuket were brought to hospitals to check their condition.

The boats were carrying 34 passengers in total, most of them Russian tourists, Marine Police Region 8 chief Col. Prasert Srikhunrat said.

Police said the Payan 5 tour boat was heading to the Royal Phuket Marina to pick up tourists when it was struck by another tour boat full of tourists at a bay on the east side of the island. Police are investigating the cause of the collision.