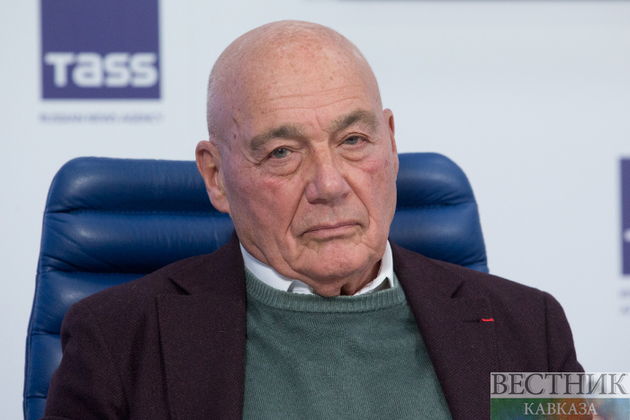 Russian journalist Vladimir Pozner left Tbilisi in a hurry after protests held by Georgian activists against his visit, according to media reports.

Georgian civil activists held a demonstration close to Vinotel Boutique Hotel where 87-year-old Pozner and his friends and relatives have gathered on the eve of his birthday.

Formula media outlet cited Pozner as saying that he has not arrived in Georgia to talk about politics, but rather to celebrate his birthday like he has done the past two years.

Pozner, who had plans to stay in Tbilisi until April 3, had to leave the country by charter flight at night.

Activists, as well as opposition leaders, have first gathered to protest outside a small hotel in downtown Tbilisi, which hosted a curfew-defying feast of Pozner’s group.

The protesters that skirmished with the mobilized police, saying that Pozner who suggested "Abkhazia will never again become part of Georgia" shall not have been allowed to the country.

As the crowd kept protesting, the police escorted Pozner and his co-visitors from the restaurant to the hotel, where the group is reportedly staying over. The protesting activists soon followed the route, egging the entrance of the hotel as a sign of protest.