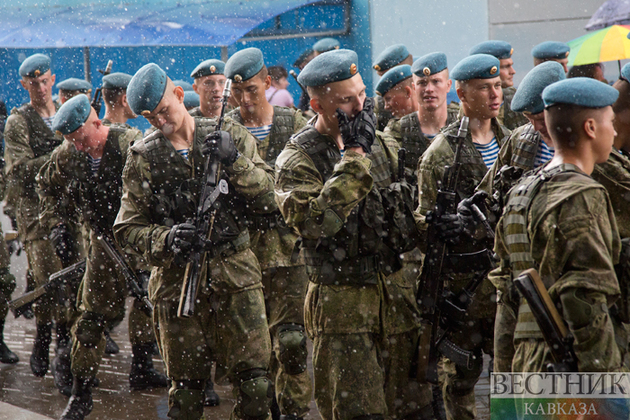 The large-scale drills of an air assault and an artillery regiment of the Novorossiysk Guards Airborne-Assault Mountain Division with the participation of around 2,000 troops and over 100 items of combat and special equipment kicked off in Crimea, the Directorate of Media service and Information of Russia’s Defense Ministry reported.

The drills will be held at the Opuk training ground in Crimea within three days.

The exercises will begin with the units marching to their start point. For this purpose, BMD-4M and BTR-MDM ‘Rakushka’ airborne infantry fighting vehicles, which entered service this summer, will be used.

"The units will practice defense, during which they will carry out live firing exercises using standard armament of combat equipment together with <...> anti-aircraft missile, anti-tank, flamethrower, artillery and sniper units," the press service said. The paratroopers will conduct defense maneuvers by day and by night. In the final stage of the exercise, offensive actions are planned that will cause damage to the notional enemy with fire from T-72B3 tanks, 2S9 Nona 120mm self-propelled artillery-mortar systems, and D-30 122-mm howitzers.