Russians to be banned from travelling to Georgia? 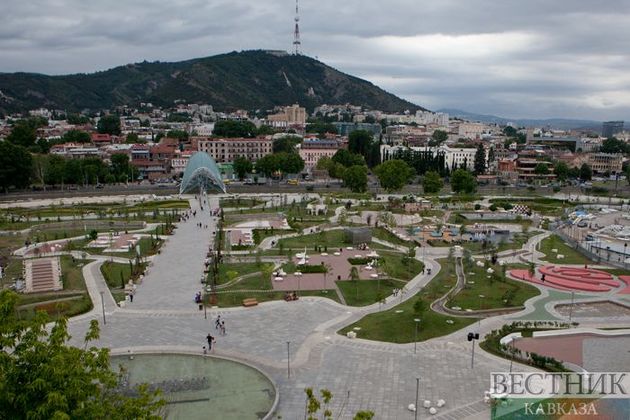 The Kremlin warned on Thursday that travel to Georgia was dangerous for Russian citizens after angry crowds took to the streets to protest against the arrival of prominent Russian television presenter Vladimir Pozner.

Asked about the incident, Kremlin spokesman Dmitry Peskov said it condemned what it called aggressive actions by "extremist-minded nationalists."

"Georgia is dangerous for Russian citizens. t is dangerous to go there and Russians must clearly understand this," Peskov said.

He thanked the Georgian police for ensuring Pozner’s security and the authorities for condemning the incident.

Pozner had come to Tbilisi with a group of friends to celebrate his 87th birthday on April 1. But Pozner’s group, composed of other Russian celebrities, was met with hostility by Georgians, who demonstrated outside his hotel on Wednesday evening and pelted it with eggs over comments the journalist had made about the country’s breakaway regions.

Georgian political activists said they opposed Pozner’s visit to the country because he had said the small south Caucasus country would not regain control over its breakaway regions of Abkhazia and South Ossetia.

"I didn’t come here to talk about politics but to celebrate my birthday," Pozner said upon his arrival on Wednesday.

The protests forced Pozner’s group to cut celebrations short and return to Russia, according to Georgian media. Pozner’s group was also fined for violating restrictions linked to the COVID-19 pandemic, RIA Novosti cited the Georgian Interior Ministry as saying.