Saakashvili asks U.S. to step In 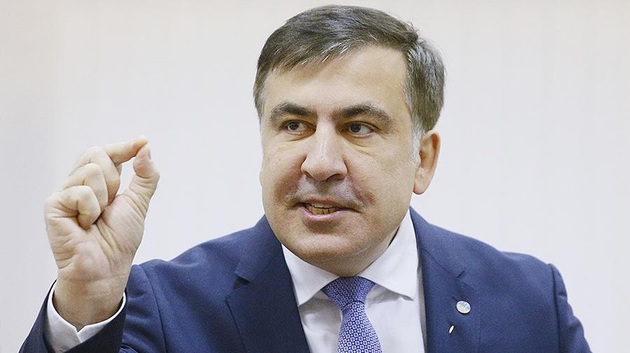 Imprisoned and on hunger strike, Georgia’s former President Mikheil Saakashvili called on the U.S. for help.

Saakashvili sent scrawled, handwritten responses to questions through his lawyers Wednesday, and is 49 days into a hunger strike in which he drinks but does not eat. A doctor told reporters outside the hospital Thursday the 53-year-old temporarily lost consciousness during the day but was now stable.

In his notes, the former president said he had been beaten and dragged across asphalt to orchestrated taunting by inmates while in prison. The government refused to move him to a civilian hospital, give him a phone or even let him attend his own trial, Saakashvili wrote.

"If the U.S. doesn’t come to my defense it would be a terrible signal to all pro-Western leaders and populations" in the region, wrote Saakashvili. He was arrested on Oct. 1 for crossing the border illegally and jailed to serve a previous in-absentia conviction for abuse of office.

"We urge the Government of Georgia to treat Mr. Saakashvili fairly and with dignity, as well as to heed the Public Defender’s recommendations about appropriate treatment," the statement reads.

In addition, it was noted that Washington strongly urges Tbilisi to ensure Saakashvili is able to attend all court hearings for his pending criminal cases, in line with international law. "Mr. Saakashvili has a right to a fair trial, which includes the opportunity to attend court hearings in person should he request to do so," the statement added.