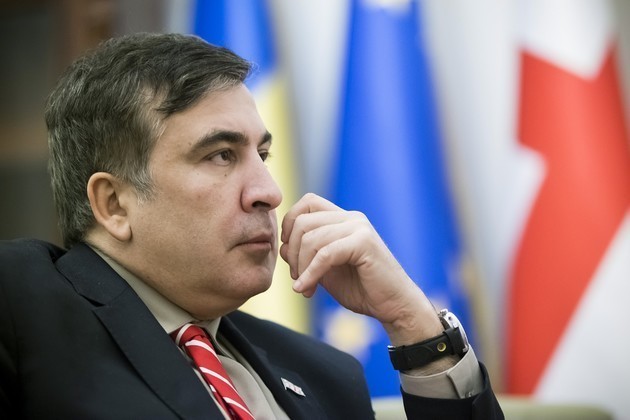 Georgia's former president Mikheil Saakashvili, who was undergoing treatment in Gori Military Hospital following his 50-hunger-strike since the day of his arrest in Tbilisi on October 1, has been transferred from the hospital back to Rustavi No. 12 prison today, the ex-president’s lawyer Nika Gvaramia reported.

The Penitentiary Service decided to transfer the ex-president to prison on December 27 following his discharge from hospital, however, the service was unable to do so because of an incident during which Saakashvili claims that force was used against him as a result of which he lost consciousness for a period of time.

Gvaramia claims that Saakashvili was ‘abducted’ from the hospital, adding that his family and lawyers have no information regarding his condition.

Representative of the Public Defender’s office Saba Brachveli visited Saakashvili yesterday after which he stated that Saakashvili was given a new diagnosis on December 27, adding that the ex-president ‘still does not feel well and is asking for a consultation with a neurologist.’

The former president was originally transferred to Gori Military Hospital on November 19. Saakashvili and his lawyers insisted that he must stay in hospital for further treatment.

The Ukrainian Foreign Ministry released a statement on December 28, calling on the Georgian government ‘to treat ex-president Mikheil Saakashvili with respect,’ adding that he cannot be transferred back to prison due to his poor health, noting he needs further treatment.

Saakashvili, who currently holds Ukrainian citizenship, is serving a sentence for abuse of power after his clandestine return earlier this year in October from eight years in political exile.