Saakashvili was given freedom of speech in court 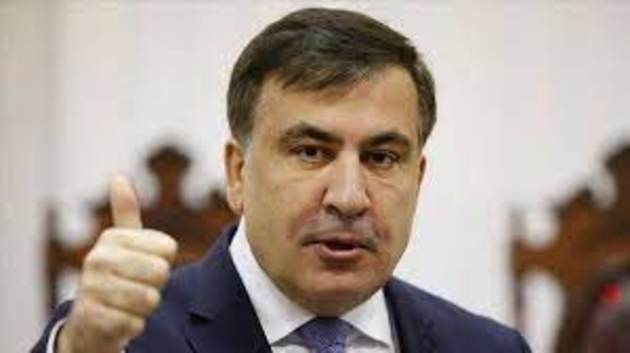 The judge of the Tbilisi City Court Badri Kochlamazashvili allowed the ex-President of Georgia Mikheil Saakashvili to make political statements at his trial on embezzlement of public funds.

According to him, taking into account all the circumstances, "it is absolutely unacceptable not to allow the accused to make political statements."

The former leader of the republic began his speech by calling himself the founder of modern Georgia. He further noted that all the charges against him are shameful.

Also, according to Saakashvili, he will be ready to face justice when he is released "from captivity" and when "the court becomes independent."

Currently, the former president of Georgia has already been convicted of two criminal cases, and three more cases, including the embezzlement of 8.8 million lari, are pending, Sputnik Georgia notes. As Petre Mamradze, head of the Institute for Management Strategy, noted in an interview with Vestnik Kavkaza, Mikheil Saakashvili was given freedom of speech in court just because none of his words could influence the internal political situation in Georgia. "There are two reasons. The first and most important reason is that the protest in the country is not that serious to influence something, especially in favor of Saakashvili. In Georgia, people now have a rather tense social situation, there are many poor people who lost their incomes during the pandemic, there is also social dissatisfaction with this state of affairs, but there is no leader in sight who could fix it," he said first of all.

“The second reason is that Saakashvili cannot be such a leader. 18 years ago, during the Rose Revolution, people believed that he was the person who would fix the situation in the country. Now it’s obvious to everyone that this is a completely abnormal person with inappropriate behavior and illogical speech. This is not that Saakashvili who used to be a demagogue lighting a crowd and leading citizens. Note that even the harshest footage of his arrest, delivery to prison and treatment in prison haven't caused any protests among the population. The rallies were organized only by his companions," Petre Mammadze noted.

Moreover, giving the floor to Saakashvili is also beneficial for the "Georgian Dream". “Saakashvili’s inadequate statements will only strengthen the ratings of“ Dream ”, they are already strengthening them. I know quite well his accomplices who carried out his illegal and criminal orders, and their faces show that Saakashvili has become a heavy burden for them, even the lawyers frown when he speaks. "Dream" also deprives Saakashvili's lobbyists of arguments in the West: look, he is in the courtroom, he is guaranteed the right to speak, "the political scientist said.

"And when he evades prosecutor's questions, he answers with the words "I was the ruler of Georgia, a great reformer, how dare you accuse me of something?" to evidence of his guilt. It has a sobering effect on people. Perhaps he was once a hero, but now all his crimes have been proven. We know that even Sarkozy, like other leaders who were convicted in Europe, had his merits and nevertheless these people were held accountable for specific crimes. We have the same thing, and Saakashvili doesn’t understand it, doesn’t want to accept it, repeats that he can’t be guilty of anything. And this delusion of grandeur has already exhausted everyone," Petra Mammadze concluded.