Ship runs aground in Turkey's Dardanelles 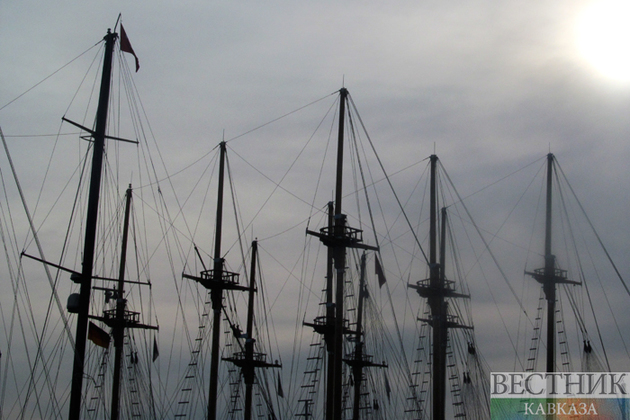 AComoros-flagged cargo vessel ran aground in the Çanakkale Strait, also known as the Dardanelles, on Turkey's western coastline on Friday.

Rescue efforts are underway to pull the vessel to safety, while no injuries were reported among the crew.

The vessel Kapitan Shyriagin was carrying corn and traveling from Romania to Italy when the captain reported the incident to the Turkish coast safety authorities. Boats were dispatched to the scene to remove the 142-meter vessel from the spot it stuck near the village of Kilitbahir.

The waterway was closed to maritime traffic. After nearly two hours, the ship was freed and continued on its way.

The Dardanelles is an important passage for ships traveling between the Black, Aegean and Mediterranean seas. It is also among the narrowest waterways, with a width between 1.2 to 6 km and a maximum depth of 103 meters at its narrowest point.