Some 250 militants eliminated in Caucasus over 5 years 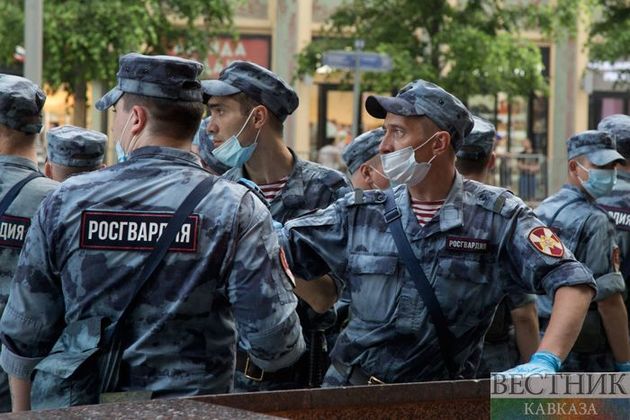 The united grouping of forces in the North Caucasus eliminated 250 militants with the assistance of Russia’s National Guard in 2016-2021, the National Guard press office reported on Friday.

"In 2016-2021, the united grouping of forces (troops) conducted over 4,000 special operations on the territory of the North Caucasian region of the Russian Federation in 2016-2021 and eliminated 250 militants, uncovered and destroyed 29 outlawed armed gangs’ training bases, 193 militants’ camps, and 517 arms caches," the statement says.

Over this period, the security forces seized 4,500 firearms, about 300,000 munitions, and over a tonne of explosives, the press office specified.

The data have been prepared for the National Guard’s annual All-Russian informational and educational campaign "Together Against Terror." During the campaign, National Guard representatives jointly with government agencies, local officials and public associations organize events for children and the youth to commemorate victims of terror attacks and the personnel who died in the war on terror.

In particular, the special police force from Belgorod held classes with cadets of the school they supervise while the special ops personnel from Kemerovo organized a tour of their premises for teenagers, and combat operations veterans in Tyumen held a meeting with schoolchildren.

Similar events with the participation of the personnel and veterans of the Russian National Guard were held in many regions of Russia.