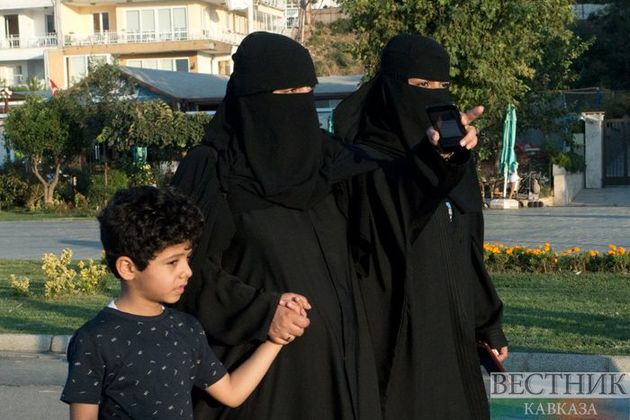 Women attending private Afghan universities must wear an abaya robe and niqab covering most of the face, the Taliban (the movement banned in Russia) has ordered, and classes must be segregated by sex - or at least divided by a curtain.

In a document issued by the Taliban's education authority, it also ordered that female students be taught only by other women, but if that was not possible, then "old men" of good character could fill in.

The decree applies to private colleges and universities, which have mushroomed since the Taliban's first rule ended in 2001.

During that period, girls and women were mostly excluded from education because of rules regarding same-sex classrooms and the insistence that they be accompanied by a male relative whenever they leave the house.

There was no order for women to wear the all-enveloping burqa in the new regulations issued late on Sept 4, but the niqab effectively covers most of the face, leaving just the eyes exposed.

In recent years burqas and niqabs have largely vanished from the streets of Kabul, but are seen more frequently in smaller cities and towns.

The decree comes as private universities prepare to open on Monday, AFP reported.

While women now have to study separately, they must also end their lesson five minutes earlier than men to stop them from mingling outside. They must then stay in waiting rooms until their male counterparts have left the building, according to the decree issued by the Taliban higher education ministry.