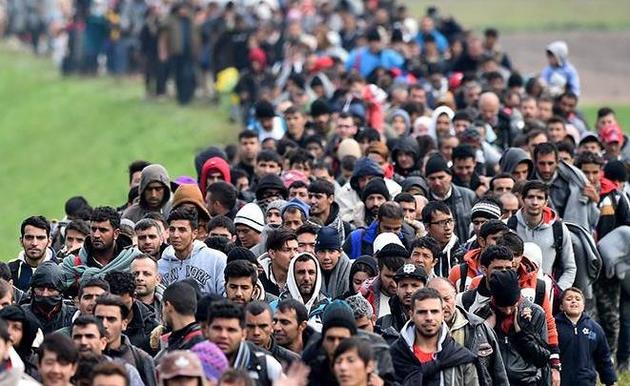 Thousands of Afghans are trying to flee the country after the Taliban seized control of Afghanistan.

Footage from the airport showed chaotic scenes of crowds running in an apparent attempt to catch a flight. Another video showed people climbing up the gangplank, trying to board a large jet.

Hundreds of people continued to flood the tarmac at Hamid Karzai International Airport on Monday morning, with little control over crowds who can be seen approaching planes.

“Turkey is facing a growing migratory wave of Afghans transiting through Iran,” he said. “We will continue efforts to enable the return of stability in the region, beginning with Afghanistan,” Erdogan said.

“To do that, we have to pursue and strengthen our cooperation with Pakistan. We are determined to mobilise all the means at our disposal to succeed,” the Turkish leader said.

There has also been widespread speculation about the growing number of refugees coming to Germany and the European Union. "One has to expect people to be moving and also to come to Europe," Interior Minister Horst Seehofer (CSU) told the Augsburger Allgemeine newspaper.

U.N. Secretary-General Antonio Guterres is urging the Taliban and all other parties to exercise “utmost restraint” in order to protect the lives of Afghans and ensure the delivery of humanitarian aid.

U.N. spokesman Stephane Dujarric said Sunday that “the United Nations remains determined to contribute to a peaceful settlement, promote the human rights of all Afghans, notably women and girls, and provide life-saving humanitarian assistance and critical support to civilians in need.”

The U.N. humanitarian office said members of the humanitarian community — both from the U.N. and non-governmental organizations — remain committed to helping the millions of Afghans needing assistance and are staying in the country despite the “highly complex” security environment.