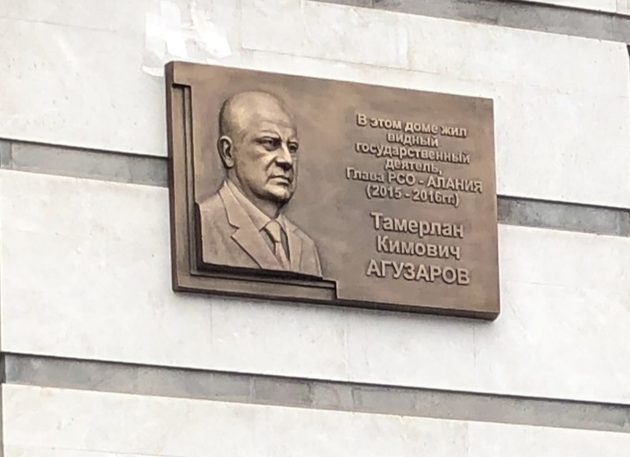 Today, a memorial plaque to commemorate the former head of North Ossetia, Tamerlan Aguzarov, who died in February 2016, was unveiled in Vladikavkaz, the press service of the head and government of the republic informed.

"It so happened that Tamerlan Kimovich headed the republic for a very short time. But in this short time, he managed to do a lot, left behind a big, bright mark and gave people hope that it is possible to improve their lives and transform North Ossetia," the head of the republic Vyacheslav Bitarov said at the unveiling ceremony, TASS reports.