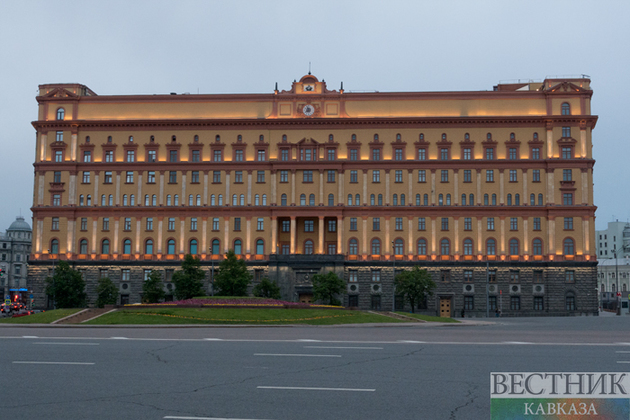 Russia’s Federal Security Service (FSB) foiled a terror attack plotted by a supporter of Ukraine’s Right Sector extremist group (outlawed in Russia) against military personnel and police in Cherkessk in the Karachay-Circassian Republic, the FSB press office said on Friday.

"As a result of measures carried out in Cherkessk in the Karachay-Circassian Republic, a local resident who is a Russian citizen born in 1992 (an advocate of the Neo-Nazi ideology) was apprehended. He nurtured plans to commit terrorist acts against the staff of the republic’s law-enforcement agencies and military personnel under the patronage of the Right Sector organization. The criminal planned to commit a subversive terrorist act on coordinators’ instructions and then leave for Ukraine," the press office reported.

The FSB operatives found at the place of the suspect’s residence and in his arms cache two improvised explosives with a yield of about 3 kg in TNT equivalent each, components for making explosives, charts of approaches to the buildings of the prosecutor’s and military commissar’s offices, the press office informed.

In the suspect’s communications devices, the FSB officers found correspondence with active Right Sector members exposing his criminal intentions and symbols of the extremist group, it said.

FSB operatives have opened a criminal case under part 1 of article 30, clause ‘a’ of part 2, article 205 (‘Preparations for a Terror Act’) and part 2 of article 282.2 of Russia’s Criminal Code (‘Participation in an Extremist Organization’). The apprehended individual is giving confessionary evidence. Operational, detective and investigative measures continue, the FSB said.