Thailand shooting: what is known so far? 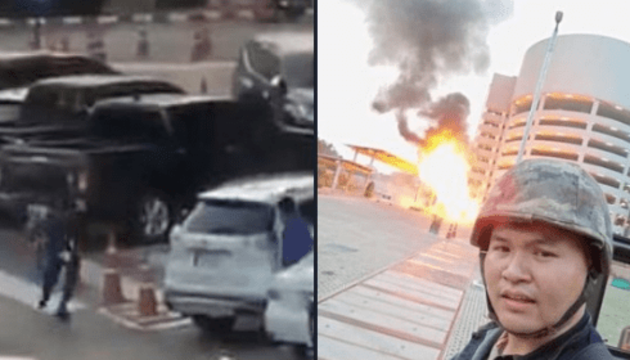 A soldier has shot dead at least 20 people and injured several more in a gun rampage in north-eastern Thailand, Manchester Evening News reports.

MPolice and army officers have since put a shopping mall in Nakhon Ratchasima on lockdown - where it is believed suspect Sergeant Jakrapanth Thomma is still in hiding. The junior officer posted images of his attack on social media.

Defence military spokesperson, Kongcheep Tantrawanit, said: "Police officers and soldiers are joining forces and have helped evacuate hundreds of people from inside the mall. It's not known how many are still inside." Local media reported that the killer had taken hostages, but this is yet to be officially confirmed.

The attack unfolded late in the afternoon on Saturday at the Suatham Phithak military camp, where the suspect killed his commanding officer before stealing weaponry from the camp.

City and neighbourhood police officers said he then drove to the Terminal 21 Korat mall, shooting along the way. Several Thai media sources reported that he travelled in a military vehicle. CCTV from the mall shows him walking inside with a raised rifle.

According to Manchester Evening News, Public Health Minister Anutin Charnvirakul confirmed that 16 people had died at the scene of the shootings, with another four dying later in hospital. A total of 31 people have been injured, with 10 of them in a critical condition.

The man believed to be the gunman posted updates to his Facebook page during the rampage, with statements including: "No one can escape death" and "Should I give up?".

In a later post he wrote: "I have stopped already."  The gunman's Facebook profile picture shows him in a mask and dressed in military-style fatigues and armed with a pistol. The background image is of a handgun and bullets. Facebook has now taken the page down.

Other videos circulated on social media of the attack, including footage from inside a car on a nearby street showing a man driving while a woman shouts: "What's happening? Why are they running?"

Nakhon Ratchasima is about 150 miles north east of the capital Bangkok. It is a hub for Thailand's relatively poorer and rural north-eastern region.

The size of the mall could pose a challenge for security forces as they try to capture the gunman. It consists of seven main retail floors, including one below ground level, and scores of shops and restaurants. It also houses a cinema on the top floor, Manchester Evening News informs.

There are no Russians among the victims of the shooting in Nakhon Ratchasima (Korat), Vladimir Pronin,  the head of the consular department of the Russian Embassy in Thailand, informed.