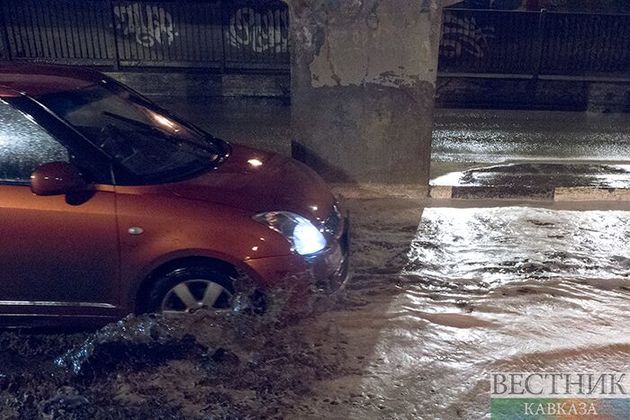 Heavy summer thunderstorms have caused widespread damage and flooding in Germany and Switzerland.

One man is missing in the German state of Saxony, as authorities suspect he was swept away by a raging stream. Firefighters have resumed their search in Joehstadt, where the man had reportedly been trying to save his property from rising waters.

Authorities in Hof County, near Germany's eastern border with the Czech Republic, issued a disaster alert late on Tuesday as some areas lost power overnight.

Germany’s DWD weather service said 80 litres of rain per square metre fell in the region in the space of just twelve hours.

In Hagen, firefighters had to rescue several drivers whose vehicles had become stuck in a flooded tunnel road. Residents in the nearby town of Erkrath have also been warned that the local sewage system had been overloaded by rain.

Officials had warned of "extreme storms" in the Eifel region, southwest of Cologne, due to particularly heavy rainfall.

Persistent rain in recent days has swelled rivers across Germany, and the Rhine is predicted to hit the first high-water mark on Thursday or Friday, triggering restrictions to shipping.

On Tuesday, Swiss police said that a local airport hangar in the southern town of Magadino had partially collapsed due to strong winds and heavy rain overnight. No injuries have been reported, but several planes were damaged, the authorities said. Meanwhile, trees were blown onto roads and rail tracks in Zurich, causing travel chaos for commuters.

Switzerland has also warned citizens that several rivers could burst their banks, while some Alpine passes were temporarily closed due to heavy snowfall.

The country's meteorological services have warned that further rain is forecast, and also urged caution of potential landslides.