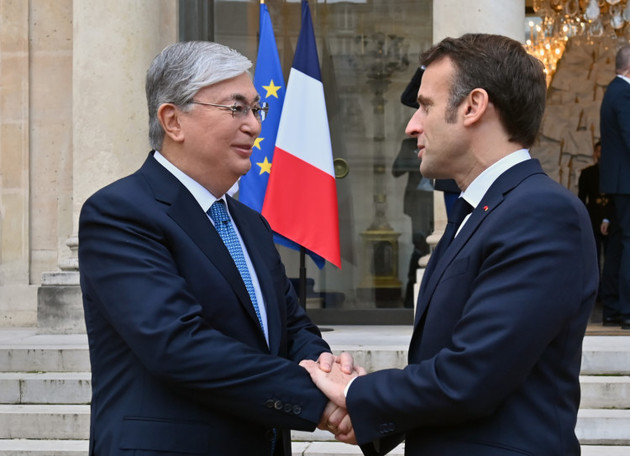 President of Kazakhstan Kassym-Jomart Tokayev met with his French counterpart Emmanuel Macron during his visit to France.

The talks were preceded by an official meeting ceremony at the Élysée Palace, after which bilateral talks between the leaders of the countries began.

The parties discussed the prospects for the development of strategic partnership in the trade, economic, investment and humanitarian spheres.

During the meeting, Tokayev thanked Macron for the invitation to visit France and for the congratulations on his re-election.

In turn, Macron announced the opening of new French schools in Kazakhstan in 2024. At the end of the negotiations, Tokayev invited Macron to Kazakhstan.

Citizen of Kazakhstan dead after terrorist attack in Nice