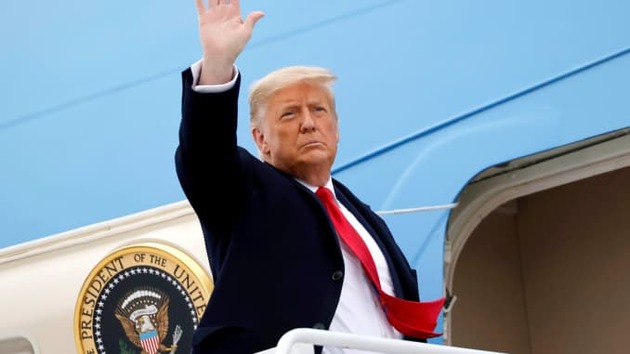 ​U.S. President Donald Trump has left the White House on Wednesday morning, the final time as president, hours before his successor President-elect Joe Biden will take the oath of office at noon.

"It's been a great honour, the honour of a lifetime," he said before crossing the South Lawn to the presidential helicopter.

Donald and Melania Trump have arrived in Marine One at Joint Base Andrews. A "sending off" ceremony will be held there which was due to start at 8am ET/1pm GMT.

After the ceremony Trump will then fly to Florida to his Mar-a-Lago resort. He will not be attending Joe Biden’s inauguration, Guardian reported.