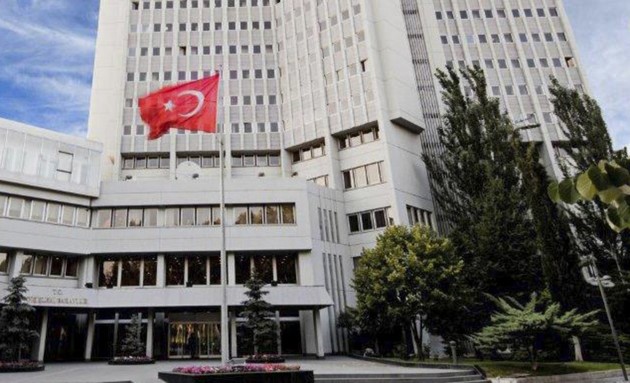 In a statement, the ministry said the fact that Armenia's action, which is a new manifestation of its understanding of aggressive nationalism, was repelled by Azerbaijan is a concrete indication that aggression will not be left unanswered.

Ankara also called on the Armenian side to give up such "dangerous tactics" and urged it to act with common sense in observing the law. "Undertaking adventurousness for ambitions exceeding its own capacity showcases Armenia's weakness in reasoning and constitutes the biggest obstacle to peace and stability in the region," Daily Sabah cited the ministry as saying.

It added that the international community should not accept Armenia's efforts to cover up its aggression.

Turkey strongly condemns the attack by Armenian armed forces on Azerbaijan's Tovuz region, the ministry said, conveying its condolences to the friendly nation of Azerbaijan over the lost lives.

"Turkey, with all its facilities, will continue to stand with Azerbaijan in its fight to protect its territorial integrity," the ministry added.

On Sunday, three Azerbaijani soldiers were martyred and four others injured in a border clash with Armenian troops. Azerbaijan's Defense Ministry said the Armenian army had fired on positions held by Azerbaijan in the northwestern Tovuz region.

Lavrov and Cavusoglu meet in Sochi to discuss Karabakh

Lavrov and Cavusoglu to meet in Sochi next week