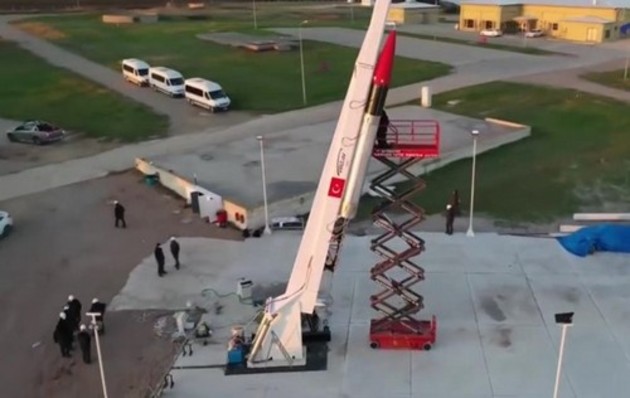 An Istanbul-based space technology firm is expected to develop the authentic hybrid engine technology that will enable Turkey to successfully achieve its mission to the moon, Industry and Technology Minister Mustafa Varank said.

"Working on the design and production aspect of hybrid rocket technologies, Delta V Space Technologies plans to fire its own rocket that will break the space barrier this summer," Varank said on the sidelines of his visit to the company’s facilities.

"We expect Delta V to develop engines that will make our own firing in space on our moon mission," the minister said.

"In 2023, we want to make contact with the moon for the first time using our own national and original technologies," Daily Sabah cited him as saying.

"First of all, we will make the first launch into orbit with international cooperation, but we will launch our own national rocket into orbit and meet our spacecraft with the moon,” the minister noted.

In the second stage in 2028, the country will launch its own rockets into space in the same way they did the probe.

The space roadmap is designed to enter Turkey into the space arena and boost its share in the developing space economy, Varank said.

"Turkey has very important capabilities developed in the space field. We have set important goals in full coordination by combining these capabilities with the National Space Program prepared by the Turkish Space Agency (TUA)," the minister noted.