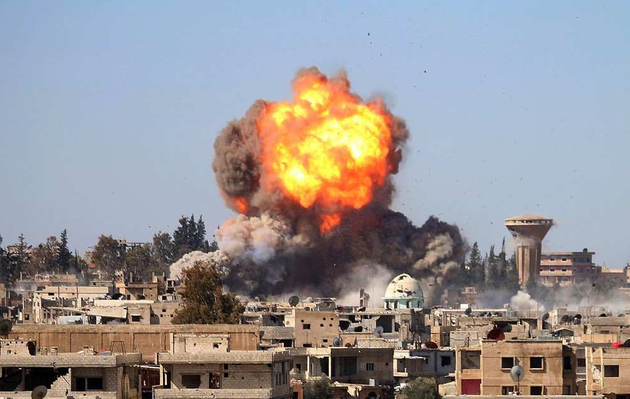 According to the Turkish defense ministry, Syrian troops "delivered strikes at a hospital in al-Atarib" some time ago and "now dwelling quarters in Kaha in the Idlib de-escalation zone and trucks near the city of Sarmad came under missile shelling."

"Russia was informed for immediate cessation of attacks. Our servicemen were warned, we continue to monitor the developments [in the region]," TASS cited the ministry as saying.