Turkish base in Iraq comes under rocket fire - reports 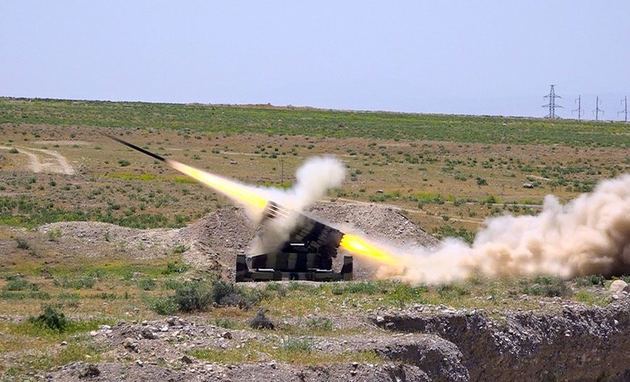 A Turkish military base in Zlikan, northeast of the Iraqi city of Mosul, has come under rocket fire for the second time in two days, a source in the Iraqi security forces told the Shafaq news agency.

"Three rockets fell in the area of the Turkish base northeast of Mosul. Turkish artillery responded with return fire", the source said, as quoted by the media.

No Turkish soldiers were not injured in the attack, the agency's source added.

On Saturday, the surroundings of the Turkish Zlikan base were also fired upon by two Katyusha rockets.

The presence of Turkish troops in the Zlikan camp has been a topic of long-standing controversy between Baghdad and Ankara, which justifies its presence in the region as a need to fight the Kurdistan Workers' Party outlawed in Turkey.