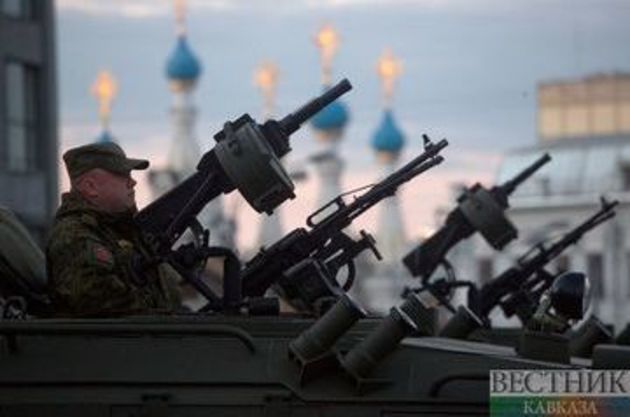 Russia acknowledged that all previously issued invitations to the Victory parade in Moscow are still on the table and 12 leaders had confirmed they would attend the event, Russian Foreign Minister Sergey Lavrov told President Vladimir Putin’s meeting with permanent members of the national Security Council Thursday, TASS reports.

"We confirmed that all invitations are still active for all those invited to the parade [initially] planned for May 9. We already received confirmations from 12 heads of state, most of whom are [heads] of the CIS [Commonwealth of Independent States — TASS]," the minister noted.

On May 26, Russian President Vladimir Putin announced at a meeting with Defense Minister Sergei Shoigu that the Victory parade will take place on June 24 and ordered to launch preparations to hold it. He explained that he had chosen the date since June 24 was the day when back in 1945 the legendary historic parade of victors took place on Red Square, involving soldiers, who fought for Moscow, defended Leningrad and Stalingrad, liberated Europe and stormed Berlin.