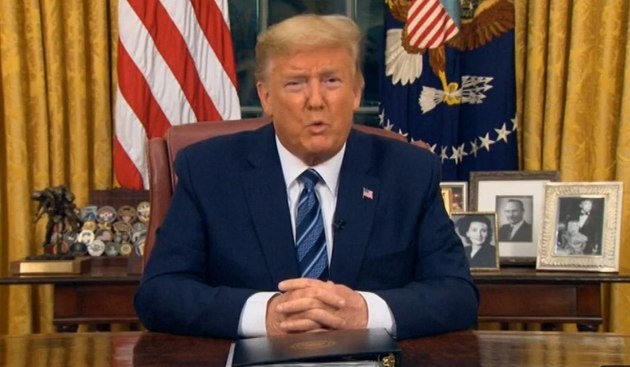 U.S. President Donald Trump imposed sweeping restrictions to prevent people from 26 European countries from traveling to the United States for a month to take action against the spread of the novel coronavirus.

The travel suspension will begin on March 13 and will not apply to screened U.S. citizens and to Britain.

"I am confident that by counting and continuing to take these tough measures, we will significantly reduce the threat to our citizens, and we will ultimately and expeditiously defeat this virus," he stressed.

"The European Union failed to take the same precautions and restrict travel from China and other hot spots. As a result, a large number of new clusters in the United States were seeded by travelers from Europe," Reuters cited Trump as saying.

Trump signed an order that suspends the entry of most foreign nationals who have been in certain European countries at any point during the 14 days prior to their scheduled arrival to the United States.

Trump said the restrictions will be adjusted subject to conditions on the ground.

Biden's US pins its hopes on COVID-19 for global image

US cooling could help Russia boost ties with Saudi Arabia