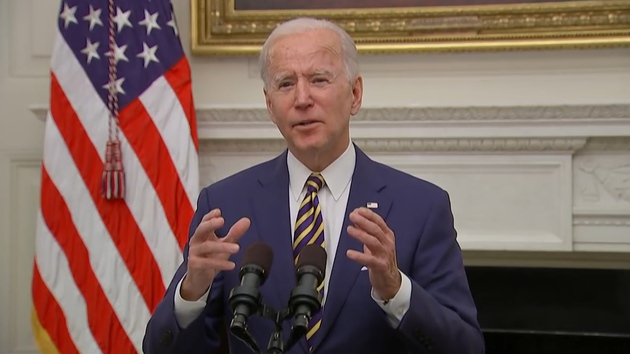 U.S. President Joe Biden’s administration announced it was restoring relations with the Palestinians and renewing aid to Palestinian refugees, a reversal of the Trump administration’s cutoff and a key element of its new support for a two-state solution to the decades-old conflict between Israelis and Palestinians.

Acting U.S. Ambassador Richard Mills made the announcement of Biden’s approach to a high-level virtual Security Council meeting, saying the new U.S. administration believes this "remains the best way to ensure Israel’s future as a democratic and Jewish state while upholding the Palestinians’ legitimate aspirations for a state of their own and to live with dignity and security."

President Donald Trump’s administration provided unprecedented support to Israel, recognizing Jerusalem as Israel’s capital, moving the U.S. Embassy from Tel Aviv, slashing financial assistance for the Palestinians and reversing course on the illegitimacy of Israeli settlements on land claimed by the Palestinians.

Mills made clear the Biden administration’s more even-handed approach to the Israeli-Palestinian conflict. "Under the new administration, the policy of the United States will be to support a mutually agreed two-state solution, one in which Israel lives in peace and security alongside a viable Palestinian state," The AP cited Mills as saying.

Mills said progress and an ultimate solution require the participation and agreement of Israelis and Palestinians. "In order to advance these objectives, the Biden administration will restore credible U.S. engagement with Palestinians as well as Israelis," he said.

"This will involve renewing U.S. relations with the Palestinian leadership and Palestinian people," Mills said.

"President Biden has been clear that he intends to restore U.S. assistance programs that support economic development programs and humanitarian aid to the Palestinian people, and to take steps to reopen diplomatic relations that were closed by the last U.S. administration," Mills said.