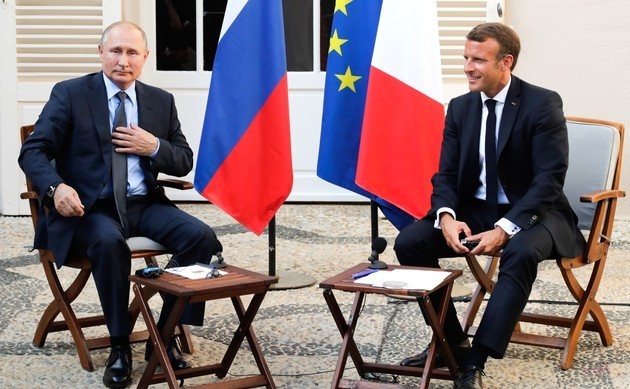 "We encourage and we’re encouraged by any efforts at diplomacy," she said, when asked to comment on the French leader’s visit to Moscow.

At the same time, she stressed that Washington could give no assessment on whether the talks could encourage Ukrainian de-escalation.

"We still don’t have any prediction of what President Putin will do. We can’t control what Russia will do next," Psaki said.

In her words, US President Joe Biden was set to hold talks with his French counterpart soon.

"We <…> will continue to be in very close contact with our French counterparts at a range of levels," she said. "The President has spoken with <…> President Macron twice in the last week. I expect he’ll be engaged with him soon," the press secretary said.

French President Emmanuel Macron visited Moscow on Monday to meet with Russian President Vladimir Putin. The French leader said prior to the talks that it was important to engage in dialogue with Russia, as it remains the only way to ensure security and stability in Europe. The meeting of the two leaders continued for more than five hours. Macron also held talks with Ukrainian President Vladimir Zelensky in Kiev on Tuesday.