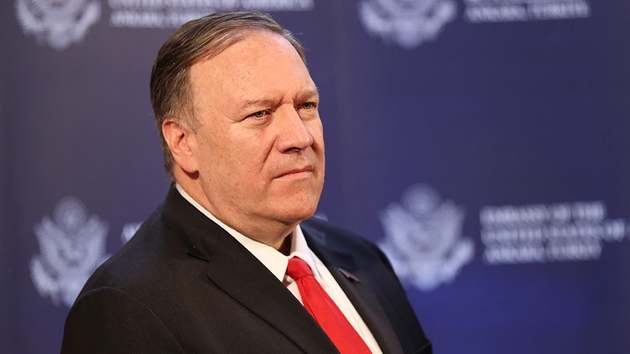 The United States supports maintaining Russian gas transit through Ukraine. Washington calls it "a strategic deterrent to further Russian aggression," the U.S. State Department said in a statement released on the eve of U.S. Secretary of State Mike Pompeo's visit to Kiev.

The State Department recalled the sanctions imposed in December on companies involved in the construction of Russia's Nord Stream 2 pipeline.

Head of the State Duma’s Committee for Financial Markets Anatoly Aksakov, speaking to Vestnik Kavkaza, noted that the U.S. interest in Ukrainian transit of Russian gas is understandable. "The United States sees that there is only one route for large-scale Russian gas supplies to Western Europe - through the Ukrainian gas transportation system. And they believe that this is a convenient mechanism that keeps Europe and Russia dependent on Ukraine," he indicated.

The head of the State Duma’s Committee for Financial Markets drew attention to the fact that in order to maintain Ukrainian transit, the United States will have to invest in modernizing the Ukrainian gas transportation system. "The Americans primarily promote their economic interests, using Ukraine not only as a political, but also as an economic tool," the deputy said.

A leading analyst of the National Energy Security Fund, a lecturer at the Financial University under the Government of the Russian Federation, Igor Yushkov, in turn, the United States seeks to minimize the supply of Russian gas to Europe, including through Ukraine. "The Americans want to stop not only Nord Stream-2, but also Ukrainian transit. And they are pushing Ukraine towards this in every way," he said.

"The United States wants to reduce Russia's gas supplies without any alternative routes, so that Moscow may have problems selling gas on the European market. As soon as the United States manages to establish a gas deficit in the European market, prices will rise and selling the American LNG to Europe will be cost-effective," Igor Yushkov concluded.

U.S. to Ukraine: Crimea to remain part of Russia

Why does transit of Russian gas through Ukraine make Washington happy?