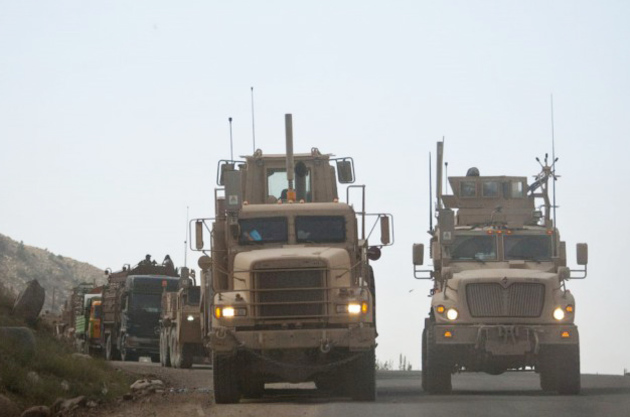 A U.S. military convoy with logistics and equipment has entered northeastern Syria through a crossing on border with Iraq, the Syrian state-run SANA news agency reported, citing sources.

"A convoy that consists of 73 vehicles affiliated to the U.S. occupation has entered the Syrian territories under the protection of six cars affiliated to [Syrian Democratic Forces] QSD militia which accompanied them till they reached the occupation’s illegitimate base at Khrab al-Jir military airport", local sources told the media outlet.

The convoy reportedly got into Syria through the Al Waleed border crossing from Iraq and arrived at the northeast of Hasakah province.

The U.S. military is stationed in the provinces of Hasakah and Deir ez-Zor without a legal basis. The Syrian authorities have repeatedly stated that the presence of the U.S. contingent in the country violated the country's sovereignty and international law.