U.S. returning to Karabakh conflict on side of Karabakh invaders? 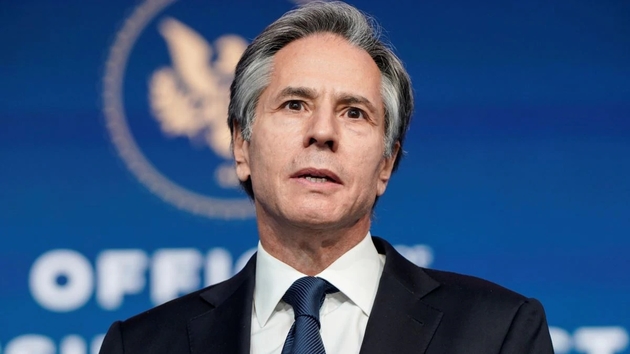 U.S. President-elect Joe Biden's nominee for Secretary of State Antony Blinken made a statement on the South Caucasus, according to which he intends to start active pressure on Azerbaijan and support for Armenia in post-war conditions.

In particular, he stressed that the United States needs to reconsider its approach to interaction with Azerbaijan. "In light of the recent outbreak of hostilities in Nagorno-Karabakh, the Biden-Harris administration will review our security assistance to Azerbaijan. If the circumstances warrant, the Biden-Harris administration will be prepared to suspend waivers of requirements under section 907 of the Freedom Support Act," Blinken said.

This section of the U.S. law on the support of freedom introduces a ban on direct assistance to the government of Azerbaijan. It is currently not being applied.

At the same time, in his opinion, Armenia should receive from the United States "security assistance and aid to strengthen democratic governance and promote economic growth." Thus, according to Blinken, Washington intends to "find a permanent settlement to the Nagorno-Karabakh conflict and ensure another war does not break out", despite the fact that the conflict has already been settled and there is no talk of any new war in the region.

Anthony Blinken specified that from now on the United States will work towards "a sustainable peace" in the South Caucasus that reflects the interests of Yerevan, and not only Moscow, Baku and Ankara. For this, Washington will work more closely with European countries. "I will reinvigorate U.S. engagement to find a permanent settlement to the Nagorno-Karabakh conflict that protects the security of Nagorno-Karabakh and helps to ensure another war does not break out," he concluded, Voennoye Obozreniye writes .