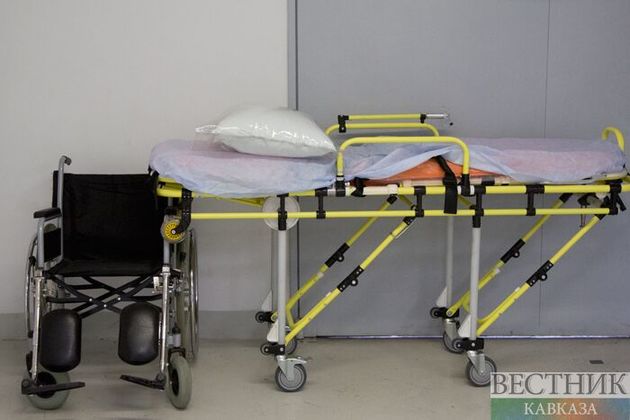 Three students have been killed and eight others injured, including a teacher, in a high school shooting in the US state of Michigan.

Police allege the suspect, a pupil at the school, used a handgun that his father had bought on Friday.

Students have described hiding under desks during the attack. Some had stayed home on Tuesday because of safety concerns.

Police received emergency calls from the high school in the town of Oxford, about 65km from Detroit, at 12:51 local time (17:51GMT). Within minutes, officials had received 100 calls to 911, Oakland County Undersheriff Mike McCabe told reporters.

No shots were fired during the arrest, and the teenager was not injured, McCabe said, adding later that the boy had been in class before the shooting began.

Oakland County Sheriff, Mike Bouchard, said his officers took down the shooter while he still had seven rounds of ammunition in the semi-automatic handgun. He added that the male victim died in a local deputy's car before the officer could get him to the hospital.

The school was evacuated, and officials conducted three separate sweeps of the campus to ensure that there were no additional victims.

Two of the injured were undergoing surgery, while the other six were in a stable condition with gunshot wounds. Those injured range in age from 14 to 17 years old, according to the Associated Press. A teacher whose shoulder had a graze wound had been discharged from hospital.

In the news conference, officials said a motive for the shooting had not yet been determined, and that the suspect was not co-operating with authorities.