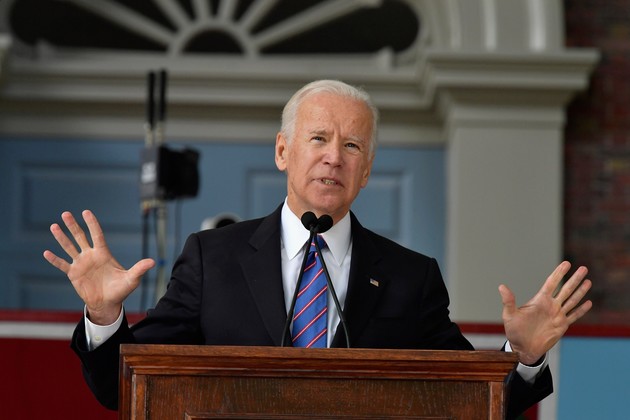 U.S. President Joe Biden vowed the United States would hunt down those responsible for twin explosions at the Kabul airport in Afghanistan and said he had asked the Pentagon to develop plans to strike back at them.

Biden spoke hours after the blasts killed at least 13 American troops and scores of civilians, the worst day of casualties for U.S. forces there in a decade.

ISIS-K (the terrorist group banned in Russia) claimed responsibility for the attack.

He promised U.S. evacuations would continue. "We will not be deterred by terrorists, we will not let them stop our mission. We will continue the evacuations," he said. He noted that since the fall of Kabul in mid-August, nearly 100,000 people have been evacuated.

Biden said he had ordered U.S. military commanders to develop operational plans to strike ISIS-K assets, leadership, and facilities. "We will find ways of our choosing, without large military operations, to get them," he said.

The Taliban (outlawed in Russia) has resolutely condemned the tragedy and vowed to hold those behind it responsible. Biden said he did not trust the Taliban but believed it was in the group's interest to let the evacuations continue.

On Thursday, two suicide bombers attacked crowds of people gathered near the Kabul airport. The death toll in the blasts has reached 103, including 28 Taliban members and 13 U.S. military personnel.