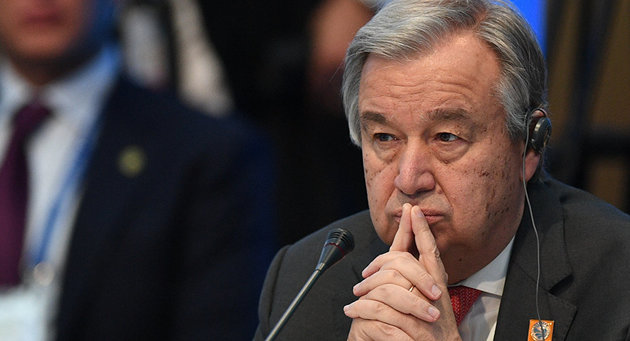 "The secretary general is deeply saddened by the report of deaths of nine people, including seven children, in a shooting today outside of a school in the city of Kazan in the Russian Federation. He strongly condemns this act of senseless violence and expresses his deepest condolences to the families of the victims as well as to the government and people of the Russian Federation. He wishes those injured a speedy and full recovery," he noted.

On Tuesday, a former student of Kazan’s school No. 175 returned there and opened fire at people and pupils. According to the Tatarstan authorities, nine people died in total, seven kids, a teacher and a staff member, while 21 people were injured. The shooter was detained.