Ukraine imposes sanctions on those involved in building Crimean Bridge 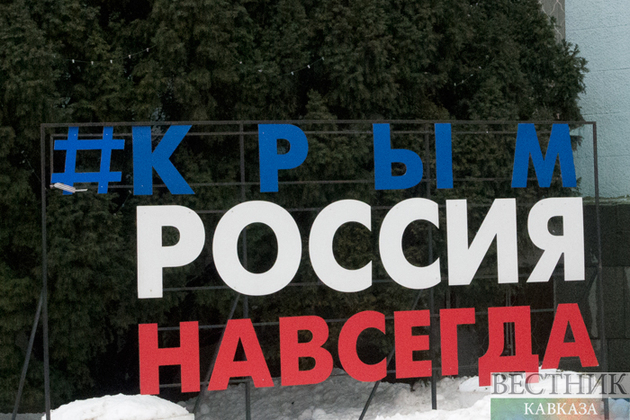 The National Security and Defense Council of Ukraine has imposed some restrictive measures against six individuals and 24 legal entities involved in constructing the Crimean Bridge, according to the Council’s statement.

"The sanctions have been imposed on six individuals and 24 legal entities involved in the illegal construction and use of the railway segment of the Kerch Strait transport crossing, the organization of the railway passenger traffic in the temporarily occupied territory of the Autonomous Republic of Crimea, as well as Sevastopol, with Russia <…>, " the statement reads.

As many as 18 individuals engaged in issuing court verdicts on the alienation of the property of the Crimean Diocese of the Ukrainian Orthodox Church were subjected to sanctions. "The penalties were also imposed on some 52 individuals holding senior positions of the Russian occupation administration in the temporarily occupied territory of the Autonomous Republic of Crimea and Sevastopol, who undermine the national interests [of Ukraine] and endanger the security of the Ukrainian people," the National Security and Defense Council noted.