Up to 5 million Russians will visit Turkey in 2021 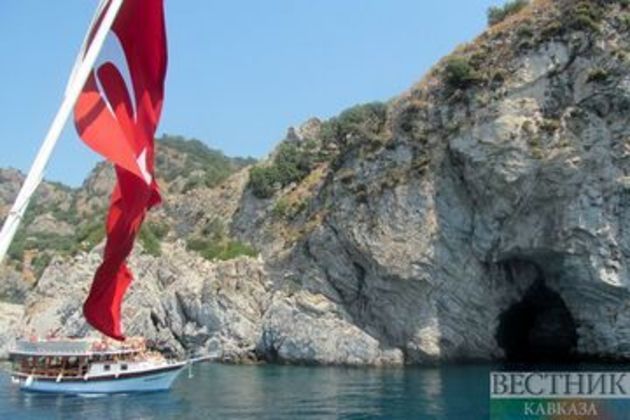 This year, 4.8 million Russians can visit Turkey, according to the Association of Tour Operators of Russia (ATOR), the previous forecast was 4.5 million.

ATOR Executive Director Maya Lomidze said that 4.35 million Russians have already visited Turkey since the beginning of the year, which makes it necessary to revise the forecasts for the annual tourist flow to this country. "Previously, the maximum estimate was at the level of 4.5 million tourists for the entire 2021. Now it is obvious that this figure will be higher and may approach 4.7-4.8 million tourists," she said.

The total tourist flow from Russia to Turkey since the beginning of the year was 35% lower than in the same period of the pre-pandemic 2019. However, in October 2021, 887 thousand Russians visited Turkey, which is 11.8% more than in October 2019. In addition, Istanbul this year turned out to be more popular than before the pandemic. Since the beginning of 2021, Istanbul has received 3.5% more Russians than in 2019.

Out of 4.35 million Russians who have been on vacation in Turkey this year, 3.4 million have chosen Antalya. Russia ranks first in terms of tourist flow to Turkey this year.

Earlier, the Minister of Culture and Tourism of Turkey Mehmet Nuri Ersoy reported that Turkey expects at least 4 million tourists from Russia in 2021.

As Yevgeny Itsakov, Head of the Management and Entrepreneurship Department, School of Economic and Social Sciences, noted in an interview with the Vestnik Kavkaza correspondent, Turkey managed to almost completely restore the previous tourist flow from Russia (in 2019 it amounted to 6 million people), first of all due to the recognition of "Sputnik V".

“Turkey receives Russians vaccinated with the Russian vaccine, and this fundamentally distinguishes it now as a tourist destination from Europe, which Sputnik V does not recognize. it is impossible to graft in Russia), were pushed to Turkish resorts. Anyone who wants a warm sea and foreign exoticism is now much easier to go to Turkey, "he explained.

In addition, vacationing in Turkey is still much cheaper than most other foreign resorts. "The pandemic hit the economic condition and the ability to pay. Regardless of the requirements for vaccines, many who would like to travel to Spain or Italy can only afford Turkey for financial reasons now ," Yevgeny Itsakov emphasized.

Also, those who were forced to vacation in Russia last year due to epidemiological restrictions are actively returning to Turkey. "Some people have a strong desire to go somewhere abroad, because they had to vacation in the country for several years. Again, this group of tourists travels wherever possible, and Turkey is one of the obvious destinations. The alternative is resorts in the Indian Ocean and Egypt,, where the tourist flow has grown. In general, there is a feeling that the tourist market has returned to the situation of the early 2000s, when Turkey and Egypt dominated, "the expert concluded.