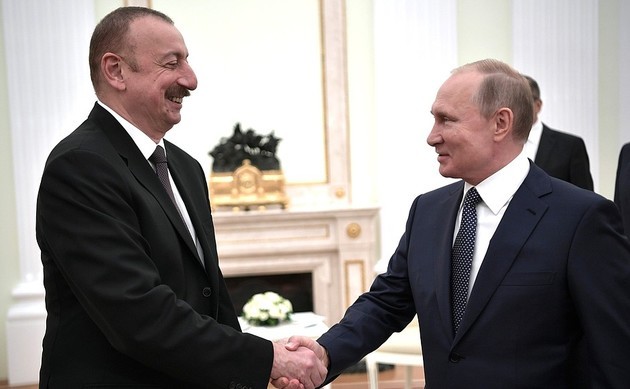 Russian President Vladimir Putin and President of Azerbaijan Ilham Aliyev have discussed in their telephone conversation issues of bilateral partnership development and agreed to maintain current contacts, the Kremlin’s press office said in a statement on Tuesday.

"Key issues of bilateral cooperation in the trade and economic sphere have been discussed," the statement reads. "A bilateral drive for the further development of the Russian-Azerbaijani strategic partnership, which includes results of the Azerbaijani leader’s official visit to Moscow in February, has been confirmed."

The Kremlin also pointed out that the telephone conversation was initiated by Azerbaijan, and the presidents agreed to maintain regular contacts at various levels.