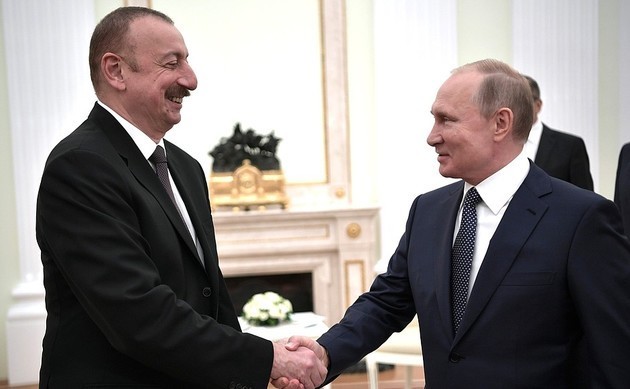 "President of the Russian Federation Vladimir Putin held a telephone conversation with President of the Republic of Azerbaijan Ilham Aliyev. The current situation in the South Caucasus was discussed in detail," the report reads.

During the conversation, the leaders noted "the importance of coordinated efforts to ensure stability and security on the Armenian-Azerbaijani border and establish economic and transport ties in the region, reaffirming in this context the intention to consistently implement the fundamental trilateral agreements of the leaders of Russia, Azerbaijan and Armenia reached on November 9 2020, January 11 and November 26, 2021," the Kremlin's press service notes.

Ilham Aliyev also told Vladimir Putin about the results of the meeting held with Armenian Prime Minister Nikol Pashinyan and President of the European Council Charles Michel in Brussels on August 31.