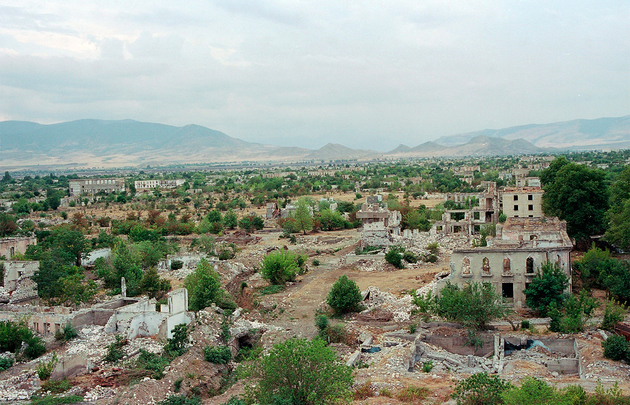 The Azerbaijani film company Cinex Productions presented a video story about the Agdam region of Azerbaijan, liberated after 27 years of occupation by the Armenian Armed Forces.

The footage shows that the years of occupation turned Aghdam into a ghost town - now there are almost no buildings left here: houses, museums, hospitals and schools were demolished. A real miracle is the Juma Mosque, which survived two wars. Now the territory of the monument has been cleansed, the flag of Azerbaijan is  flying on the building.