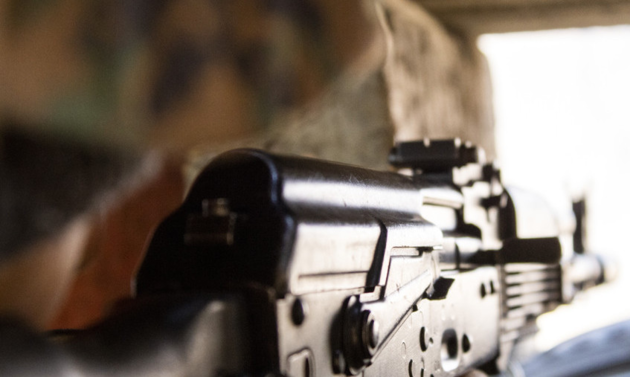 Armenia's armed forces have committed another round of provocations on the state border with Azerbaijan, the country's Defence Ministry reported on January 12.

From 23:20 to 05:10 on January 11-12, the Armenian military units periodically shelled the Azerbaijani positions in Kalbajar region's Zeylik and Yellija settlements and in Tovuz region's Munjuglu, Aghbulag, Gosha, Kokhanebi and Asrik Jirdakhan villages from their positions in Basarkechar region's Yukhari Shorzha settlement, as well as in Shamshaddin region's Chinarli and Mughanjig villages. They used small arms and large-caliber machine guns, the report added.

Armenia escalates the situation on the state border without any special reason by violating its obligations that are reflected in the trilateral statements earlier signed by Armenia, Azerbaijan and Russia, the ministry said.

It described the latest developments on the state border as "a deliberate military provocation and adventurism" committed by Armenia.

The Azerbaijani army units ensure the intensive protection of the country’s sovereign territories and borders given the possibility of similar provocative actions by Armenia to escalate the situation on the state border, the ministry said.

On January 11, an Azerbaijani soldier was killed in a provocation by the Armenian troops near Kalbajar region on the state border. Furthermore, two Armenian servicemen were killed and two more were wounded as a result of Armenia's own military provocation, according to the Armenian Defence Ministry.

Earlier, the Azerbaijani Defence Ministry stated that “the  Armenian military and political leadership bears full responsibility for the occurred tension”.