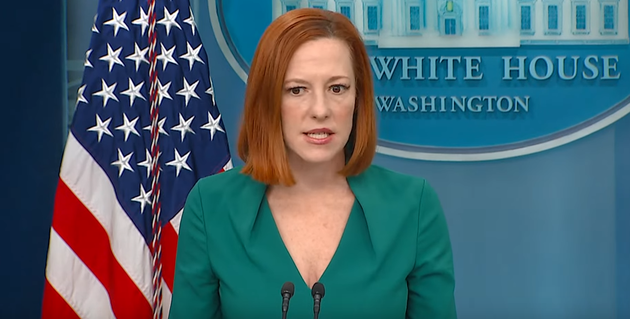 White House press secretary Jen Psaki will step down from her position on May 13, the White House announced.

Karine Jean-Pierre, who is currently President Joe Biden's principal deputy press secretary, has been promoted to press secretary and will replace Psaki next week.

"Jen Psaki has set the standard for returning decency, respect and decorum to the White House Briefing Room. I want to say thank you to Jen for raising the bar, communicating directly and truthfully to the American people, and keeping her sense of humor while doing so," Biden said in a statement. "I thank Jen her service to the country, and wish her the very best as she moves forward."

Jean-Pierre, a longtime advisor to Biden, worked as his communications and political aide while he was vice president and on the 2020 campaign before being elevated to the No. 2 spokesperson under his presidency.

Psaki's departure is not a surprise. She previously signaled that she intended to have the top post for around a year before leaving to spend more time with her two young children. She's held the position since Biden took office in January 2021.

Psaki, a seasoned communications official who served in multiple high-level communications roles in the Obama administration, has not yet announced her next gig. Multiple news outlets have reported that she plans to join MSNBC as a pundit.