Yevgeny Nikolaychuk on Vesti.FM: Vladimir Putin reminded the world of the nationalist background and lessons of World War II 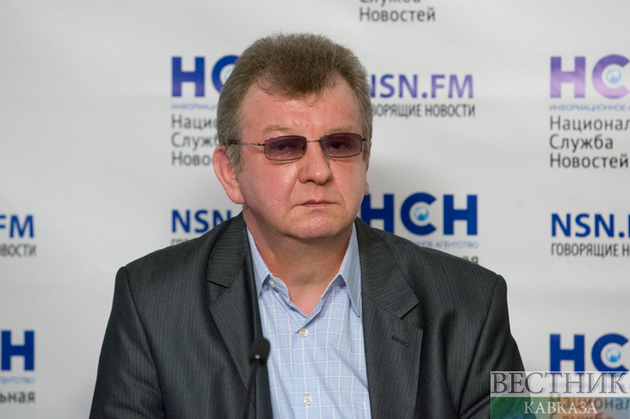 Russian President Vladimir Putin, in an article dedicated to the 75th anniversary of the Great Victory, published on Thursday in the US National Interest magazine, presented an open letter to the whole world, in which he gave a comprehensive in-depth assessment of the war and its consequences based on unique historical documents, Vestnik Kavkaza news agency analyst Yevgeny Nikolaychuk said in the National Question program on Vesti FM.

“I think it’s no accident that the article was published in the country involved in the national and racial contradictions. The topic of the publication of the Russian leader directly relates to the assumptions and results of World War II, which also have nationalist roots,” the analyst noted, recalling that today, not only the United States, but the whole world is going through hard times.

“Everything is changing: from the global balance of power and influence to the social, economic and technological foundations of the life of societies, states, entire continents. Shifts of this magnitude have never taken place without great military conflicts, without a power struggle for building a new global hierarchy, and only thanks to wisdom and vision of political figures it was possible to create a system that holds back from the extreme manifestations of such an objective, historically inherent global development of rivalry,” Yevgeny Nikolaychuk said.

"Telling the truth about World War II, Vladimir Putin recalls: German Nazism did not grow out of nowhere. Today, leaders of the Old World are trying to convince people that World War II began on September 1, 1939 with the German invasion of Poland, modestly keeping silent about the meeting of the heads of Britain, France, Germany and Italy a year earlier. In recent years, Warsaw has been stigmatizing Russia as the successor of the USSR for the Molotov-Ribbentrop Pact, though Moscow signed an agreement with Germany on non-aggression later than other European states, recognizing its responsibility. Other states prefer not to recall the agreements signed by the Nazis and their own politicians,” the analyst of Vestnik Kavkaza said adding they do not want to recall today that the causes of World War II were largely derived from decisions made following World War I. The Nazis skillfully played on national humiliation, which formed a radical and revanchist sentiment in Germany. The Nazis skillfully built their propaganda, promising to rid Germany of the Versailles legacy, restore its former power, and, in fact, thus pushed the German people to a new war.

“One of the major outcomes of World War I was the establishment of the League of Nations. There were high expectations for that international organization to ensure lasting peace and collective security.It was a progressive idea that, if followed through consistently, could actually prevent the horrors of a global war from happening again. However, the League of Nations dominated by the victorious powers of France and the United Kingdom proved ineffective and just got swamped by pointless discussions,” the Russian leader writes.

Everyone knows the outcome of World War II. The Nazi "strategists" were convinced that a huge multinational state could easily crush everyone else. There was a hope that a sudden war, its ruthlessness and intolerable hardships would inevitably exacerbate interethnic relations, and the country could be divided into parts. But the Nazi plan failed. The friendship of peoples, their mutual assistance, became for the enemy a real indestructible fortress.

"Another important issue that Vladimir Putin raised: the world order that was established after World War II has changed a lot. In recent years, quite frequent calls to abolish the right of veto and refuse permanent members of the UN Security Council can turn the organization into the League of Nations - a meeting of pointless discussion. What is the veto power in the UN Security Council? This is the only reasonable alternative to a direct clash of the largest countries. This is a statement by one of the five powers that this or that decision is unacceptable and contrary to its interests. And other countries take this position as a given, abandoning attempts to realize their unilateral aspirations. The UN needs to reconsider its positions, and this appeal comes from Russia: after all, it is the permanent member states of the UN Security Council are responsible for maintaining peace and stability, "Yevgeny Nikolaychuk concluded.

Murad Ustarov on Vesti.FM: Dagestanis have repeatedly confirmed their loyalty to Russia