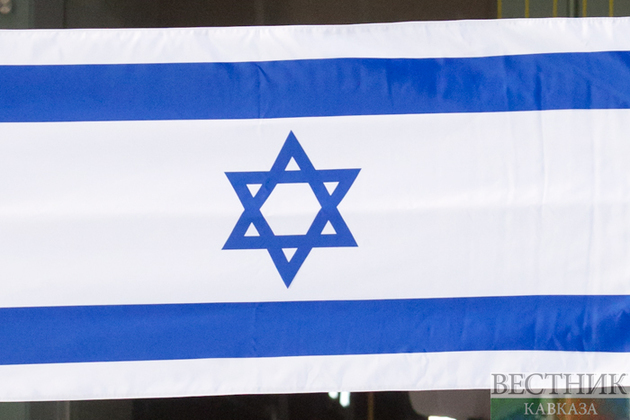 The security situation in Israel has deteriorated in recent weeks. On Friday morning, on the Temple Mount in Jerusalem, the clashes took place between Arabs and Jews. The police had to use tear gas, stun grenades and rubber bullets to disperse the protesters.

UN Secretary-General António Guterres expressed his concern over the deteriorating situation in Jerusalem and called on all leaders to prevent an escalation.

Earlier, the Red Crescent reported that almost 340 Palestinians were injured in clashes with Israeli security forces on the grounds of the Al-Aqsa mosque.

A political scientist and strategist Yuri Bocharov noted in an interview with a Vestnik Kavkaza correspondent, that in recent years, during the periods of significant dates, both for Israelis and Palestinians, “Ramadan, Passover and the Easter holidays are just such dates when the situation escalates. At this time, the number of incidents increased, from throwing stones at Israeli cars to weaponised terrorist attacks. At the same time, most of these attacks are, so to speak, advertising in nature. Firstly, to show to all interested sponsors of terrorist brigades that the recipients of the money are fulfilling their purpose. And they need more money to continue the fight. And secondly, to try to provoke mass riots that can escalate into open clashes. At the same time, the Israeli Security Agency (Shabak) is always trying to bring down the wave of tensions so that the masses are not involved,” he said.

"Naturally, the most ‘advertising’ place for demonstrative protests, on the part of the Palestinians, is the territory of the Temple Mount. Several days ago, dozens of Muslim Arabs staged a procession on the territory of the Temple Mount with the flags of the terrorist organization Hamas and the Palestinian Authority, slogans were heard glorifying the "Jenin martyrs", they set off firecrackers, threw stones at the praying Jews at the Western Wall. After that, police forces entered the Temple Mount and used special equipment to disperse the crowd," the political scientist emphasized.

According to him, the police say that maximum efforts have been made to ensure peace and security for those praying in holy places, but it will take tough measures against those who riot and violate public peace. "Naturally, Hamas, Islamic Jihad Movement in Palestine and Fatah immediately issued statements in support of Muslims "defending" the Al-Aqsa Mosque, urging them to further struggle," Bocharov said.

The political strategist recalled that 11 people were killed in terrorist attacks in Israel over the past two weeks. "After the third terrorist attack on Dizengoff Street in Tel Aviv, committed on April 7, when three Israelis were killed, the Israel Defense Forces (IDF), the Israel Border Police and the Israel Security Agency launched a large-scale anti-terrorist Operation Breakwater in Judea and Samaria, the purpose of which is to suppress attempts of terrorist attacks. Over the past 24 hours, 18 suspects in terrorist activities were detained in Judea and Samaria," the press service of the IDF informed, " the analyst recalled.

"In this regard, for the period of the Easter holidays in Israel, a blockade of territories has been introduced and the security services will try to "lock" the territories to defuse tensions. It is worth noting that in the Palestinian Authority, in the Gaza Strip, their political leadership most often uses such periods of tensions for internal problems solving. Since there are no elections in the autonomy, no negotiations with the Gaza Strip planned, the intensity of tensions will most likely subside and it will be possible to normalize the situation in the country. Unless, of course, something extraordinary happens, both in our region and in Israel," Yuri Bocharov summed up.