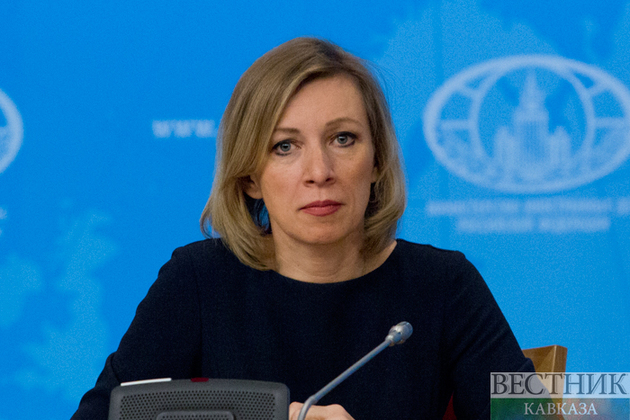 Moscow is waiting for provocations from Washington and Kiev against the backdrop of a Bloomberg publication, Russian Foreign Ministry spokesperson Maria Zakharova wrote on Telegram.

Earlier it was reported that Bloomberg, citing its own sources, wrote that Chinese leader Xi Jinping asked Russian leader Vladimir Putin not to start a "war" in Ukraine during the Beijing Olympics.

The diplomat clarified that the Agency had not turned to Russian or Chinese sources for confirmation of this information, publishing data received from an American diplomat in China.“Although Bloomberg had a “golden rule” in the old and not so evil times - at least two, or even three verified sources must confirm the obtained information ”, the representative of the Russian Foreign Ministry drew attention.

Zakharova also noted that the American media published a lot of information about Russia's hypothetical attack on Ukraine, the head of the US State Department, Antony Blinken, visited Kiev, and Washington boycotted the Olympics, which starts in China.

"So we are waiting for provocations from the United States and the Kiev regime led by them, both informational and, it is impossible to exclude, military ones. They will do it, especially since they have rich experience", Zakharova summed up, noting that the material published by Bloomberg is "a special informational operation of the relevant American services".

There are positive developments in US-Russia relations, Maria Zakharova says