Zyuganov to Vestnik Kavkaza: South Caucasus has no future without ties with Russia

The Transcaucasian republics have no future without ties with Russia, the Communist Party leader, the head of the Communist Party faction in the State Duma of the Russian Federation, Gennady Zyuganov, said in an interview with Vestnik Kavkaza on the sidelines of a press conference in Moscow.

"I think that Azerbaijan is our strategic partner. I've been there several times: much has been done and done properly. Heydar Aliyev has done everything necessary to stop the collapse of the republic and the civil war which has already begun. The national leader of the Azerbaijani people was very clever, strong and authoritative politician. I worked with him in Moscow, I saw him in Strasbourg. And it was passed to his son, the current president of Azerbaijan Ilham Aliyev," the leader of the Communist Party said in an interview with our correspondent.

"We are friends with his son, and I'm doing everything to strengthen our ties. The Transcaucasian republics have no future without a union and ties with Russia, therefore, we believe that will solve a lot of problems," Gennady Zyuganov concluded. 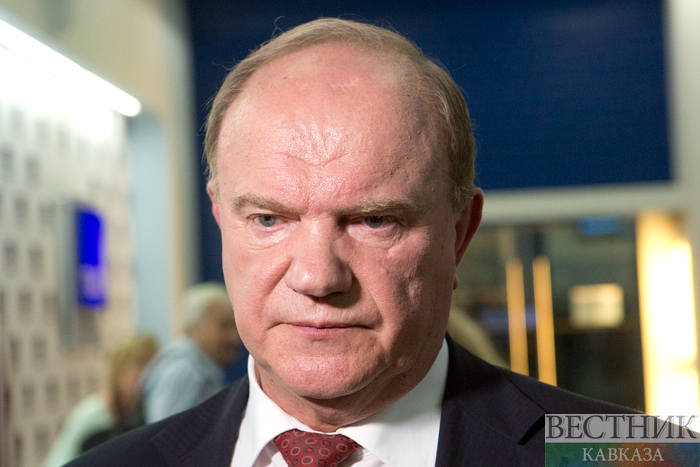