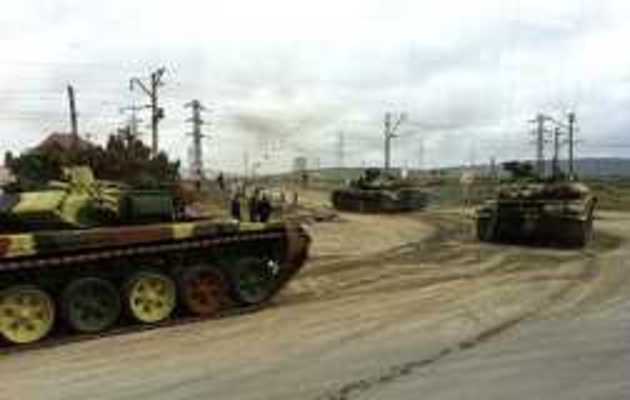 India purchases 40% of all Russian imports of weapons, Algiers 14%, Vietnam 10%, China 5%, Azerbaijan 5%, other CIS states 4.2%. This makes Azerbaijan the top purchaser of Russian weapons in the post-Soviet space.

Professor Fikret Sadykhov of the Western University reminded that Russia and Azerbaijan had old strategic partnership. Russian weapons have high quality and have good reputation on the world market. Sadykhov noted that part of Azerbaijan remained occupied by Armenia. He believes that the weapons will be used sooner or later, unless occupation of its territory is stopped.

Vladimir Yevseyev, director of the Center for Socio-Political Studies, pointed out that the situation was unique and a simple coincidence of contracts signed during presidency of Dmitry Medvedev. Russia enforced the military base in Gyumri to maintain balance of power in the Nagorno-Karabakh area. He predicts that Ilham Aliyev will win the elections in October and will meet Russian authorities to reduce tensions in the region.

Commenting on the purchases of weapons by Azerbaijan, the expert reminded that it was the only country at war in the region. It has resources to buy weapons. Tajikistan and Kyrgyzstan would like to buy more weapons, but they lack finances. Kazakhstan is a Central Asian state that can afford weapons, although it has no such demand. Azerbaijan needs to strengthen its sovereignty and build strong armed forces, Yevseyev concludes.