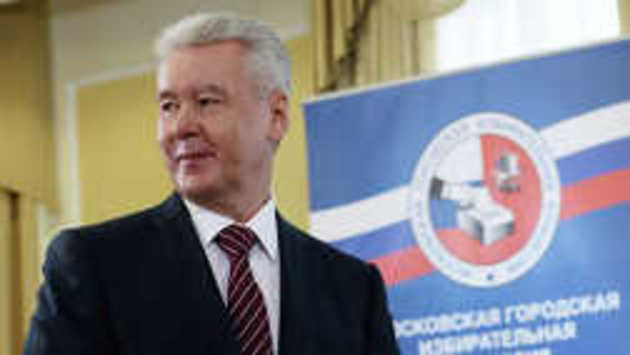 RIA Novosti is hosting a round-table conference to discuss prospects of candidates for Moscow mayor. According to the VCIOM polling center, 54% of people questioned will vote for acting Mayor Sergey Sobyanin, oppositionist Alexey Navalny 9%, CPRF candidate Ivan Melnikov 2-4%. Accusations against Navalny over the Kirovles case increased his popularity from 71% to 80%.

Alexey Zudin, a political analyst, emphasized that Navalny was participating in the elections to boost the protests. Yevgeny Minchenko, director of the International Institute for Political Expertise, said that Navalny will get 12-13% of votes or a maximum of 15% from protesting voters, because his program is a 90%-copy of that of Sobyanin. The topic of nationalism would reduce the number of intelligencia supporters he has by 1.5%, but give 7% other votes.

Minchenko said that Sobyanin got 90% of votes from communist supporters.

Alexey Mukhin, Director General of the Center for Political Information, noted the importance of Sobyanin’s attitude towards Navalny.

Igor Bunin, President of the Center for Political Technologies, emphasized that debates can only be attended by equal players. Equality will only happen in the second round of vote.

Constantine Kostin, chairman of the board of the Foundation for Development of the Civil Society, believes that Sobyanin’s figures would be stable, while Navalny’s will gradually drop.

Stepan Lvov, head of a directorate of VCIOM, noted that Sobyanin’s rating was the same in almost all social layers. Navalny had no support in the Central and South-Western Autonomous District and among natives Moscow residents.