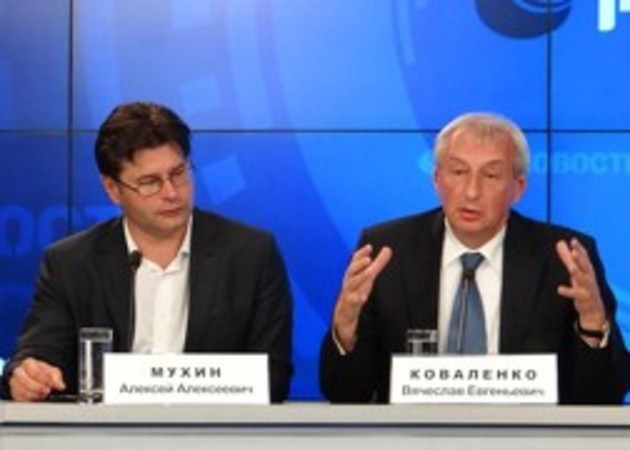 RIA Novosti is hosting a round-table conference in Moscow today to discuss five years that have passed since the Five-Day War in South Ossetia. Experts will discuss the past events and prospects of relations between Georgia, a state that will have presidential polls in October, Russia, Abkhazia and South Ossetia.

The talks are attended by Vyacheslav Kovalenko, Extraordinary and Plenipotentiary Ambassador of Russia to Georgia (2006-2008) and Armenia (2009-2013), director of regional programs of the Institute for Caspian Cooperation; Yevgeny Kojokhin, President of the Academy for Labour and Social Relations; Alexey Mukhin, Director General of the Center for Political Information; Constantine Simonov, head of the subdepartment for applied political analysis of the Russian Governmental Financial University, director of the National Energy Security Foundation; Victor Mizin, deputy director of the Institute for International Studies of MGIMO; Alexey Vlasov, Deputy Dean of the History Faculty of the MSU named after M.V. Lomonosov, Director General of the North-South Club for Political Analysis; Constantine Tasits, a scientist of the sector for Caucasus Studies of the RISI.

Kojokhin noted that the Caucasus did not forgive political debility, so Russia had made the right choice by moving troops to Tskhinvali in 2008.

Mukhin noted that Georgia had made a mistake when relying on US support in 2008. He believes that the current authorities of Georgia have pro-Western policy and wants Georgia to restore sovereignty of its policy.

Kovalenko said that many people in the Georgian establishment were not patriots, while the patriots were unorganized. Most people of Prime Minister Ivanishvili were of pro-Western stance.

Simonov assumed that Georgia had nothing to offer the EU and had little chances to find economic strategies to cooperate with Europe. It should improve relations with Russia in terms of economic ties. It would help it develop the Baku-Tbilisi-Ceyhan project, an oil pipeline only 60% full.

Vlasov emphasized that South Ossetia and Abkhazia should not be taken as objects of US or EU political will. They got a powerful mobilizing resource for independence. They need to prove their consistency. Their strive for independence is so great that European NGOs will arrive there inevitably. Russia should provide economic, social and cultural support. Belarus and Kazakhstan, two members of the Customs Union together with Russia, do not want geopolitical losses that may occur for recognition of the breakaway republics.

Tasits noted the negative role of Georgian authorities’ Western orientation. He believes that Russia needs to activate economic and humanitarian processes. He pointed out that destabilization in the Middle East was very close to the Caucasus.