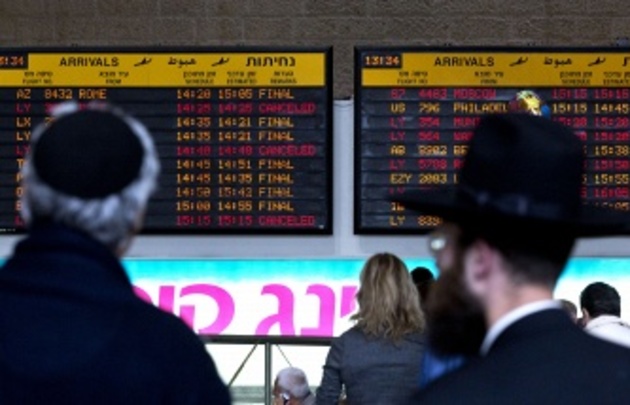 All U.S. and the largest European airlines have stopped flights to Israel. Over 90 missiles were launched at Israel from Gaza yesterday. About 70 of them landed in Israel, including one in an empty nursery. The Iron Dome missile system intercepted about 18 missiles. One missile landed near Ben Gurion Airport in Tel Aviv.

Russia's Transaero and Aeroflot had to return their planes to Moscow. Turkish Airlines cancelled flights to Israel.
Compared with an average of over 140 missiles launched at Israel, the number of launches has dropped.

Israel considers the fears of foreign airlines to be exaggerated and plans to convince them to resume flights. Israeli Transportation Minister Yisrael Katz noted that airlines will reconsider their decisions in 24 hours.