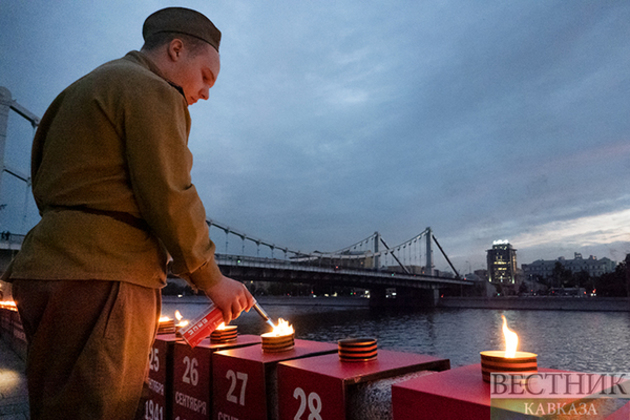 June 22 is one of the saddest dates in the history of all the Soviet Union's former republics - the beginning of the Great Patriotic War. This day reminds of all those who died, were tortured, died in the rear. The great sacrifice made by the peoples of the USSR will forever remain in the memory of all mankind. The Day of Remembrance and Sorrow is common for millions of people whoare separated by international borders today.

In Moscow, on the Crimean embankment on June 21, 1418 candles were lit in the evening, corresponding to the number of days of the Great Patriotic War.

The event takes place within the framework of the "Memory Lane" campaign, during which anyone can light a candle in memory of one of the important days of the war for his family. At the site there are "keepers of the fire" in military uniform, who tell visitors about the hard times of the war. On the curb along the embankment there are candles, as well as red sheets of a detachable calendar, on which each day of the war is numbered in white. The candles will burn all day today. 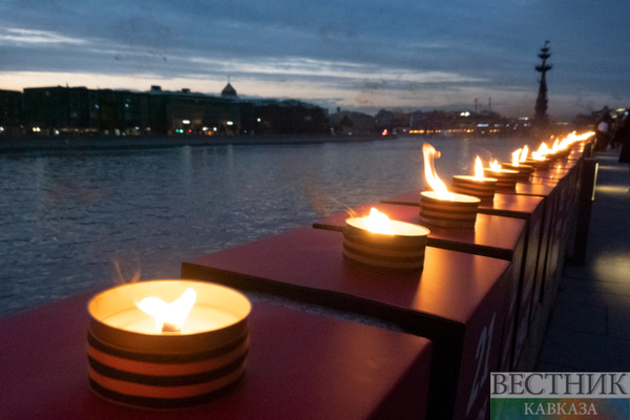 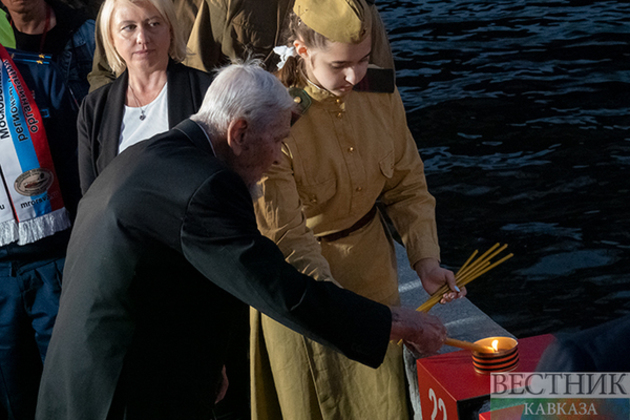 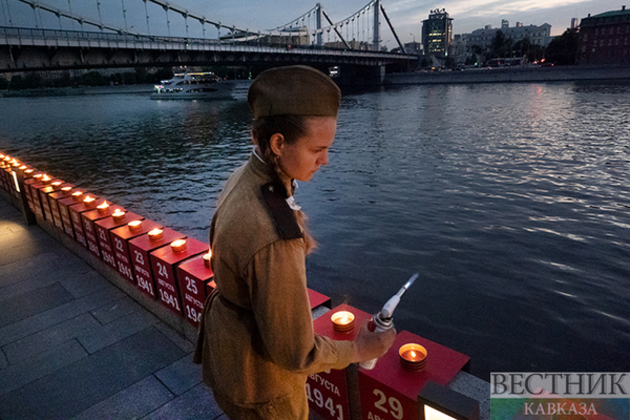 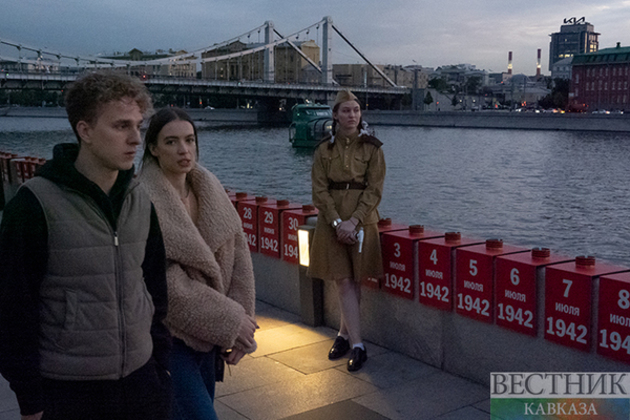 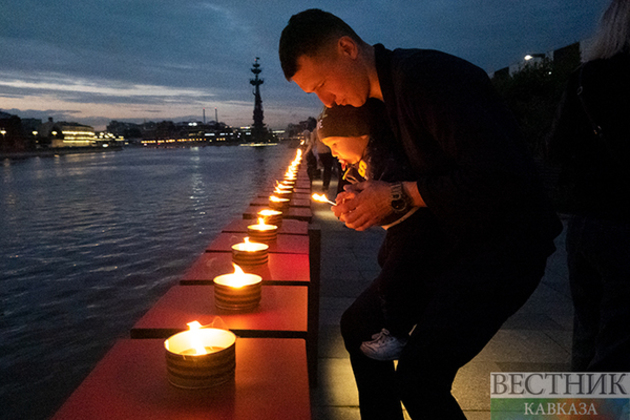 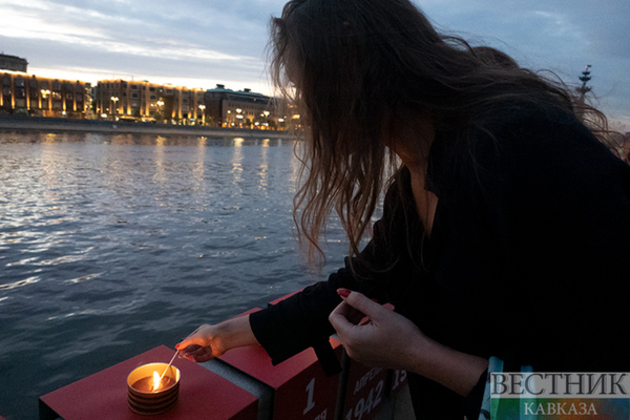 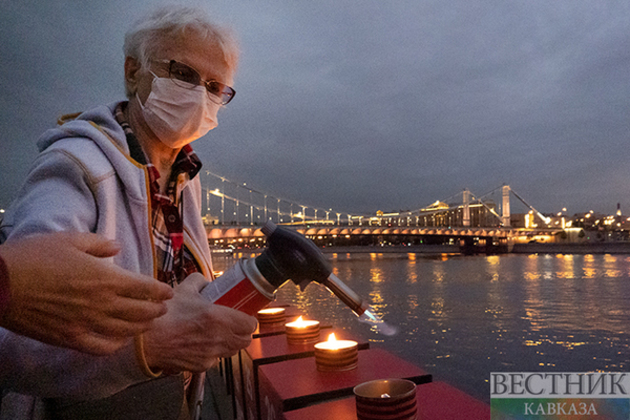 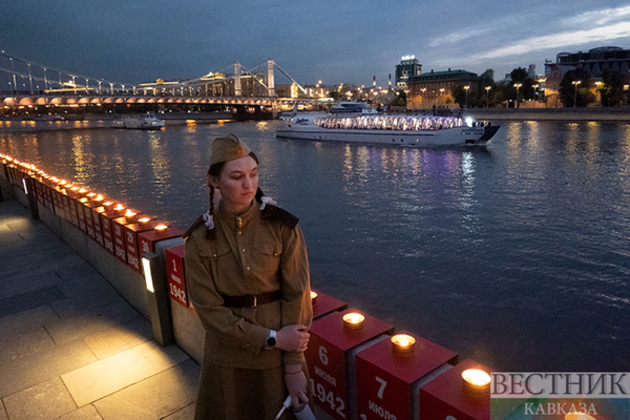 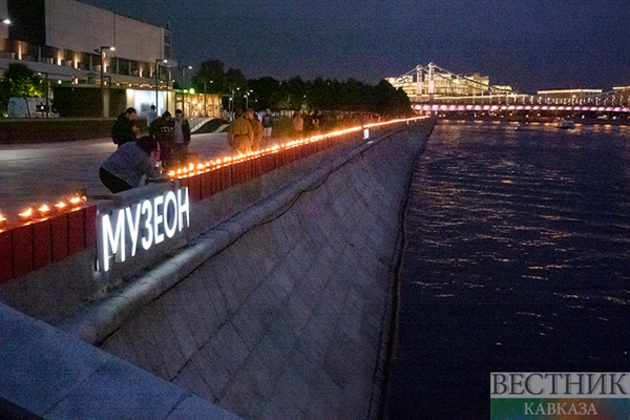 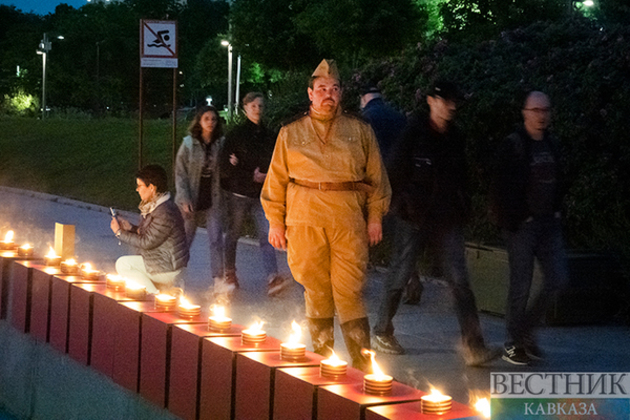 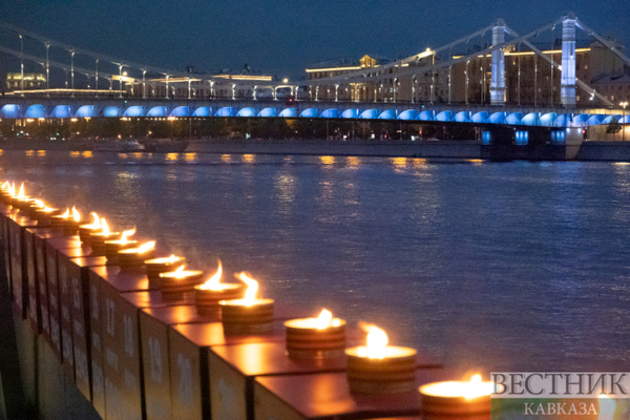 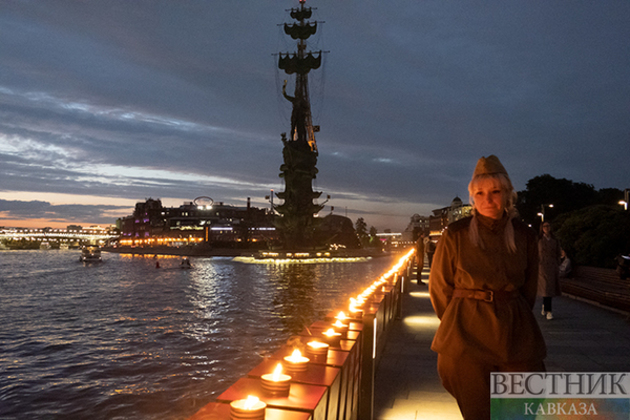 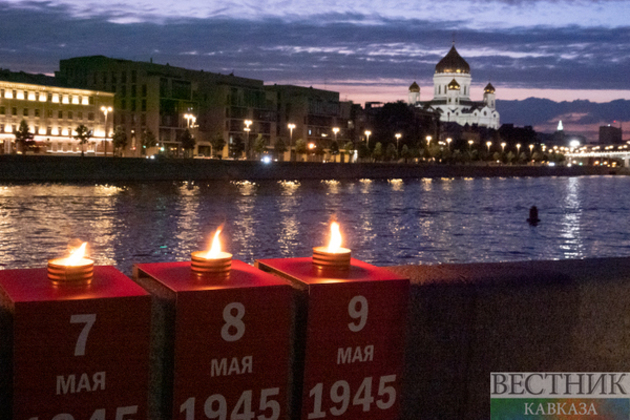 Fiery picture of war near the Victory Museum at Poklonnaya Gora