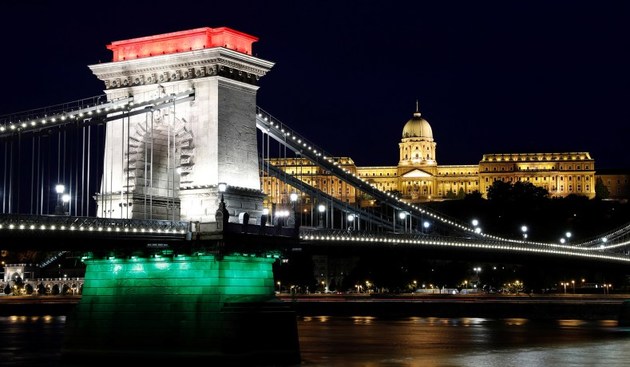 On June 4, 1920, in the Grand Trianon Palace in Versailles, the countries that won the First World War and defeated Hungary as one of the successors of Austria-Hungary signed a peace treaty. Many cars proudly display the national coat of arms over a picture of Nagy Magyarország, or “Greater Hungary,” a map of the country’s expansive pre–World War I borders, National Review writes in the article The Forgotten Treaty That Shaped Eastern Europe. The memory of these lost territories still stings. More than a few Hungarians speak of the Treaty of Trianon, the 1920 settlement that dictated their post-war borders.

We should remember, as we mark its 100-year anniversary in June, that the treaty and its aftermath are among the war’s most important legacies. Trianon and the accompanying treaties that ended World War I in Eastern Europe marked the beginning of a decisive shift in the region’s political geography. Suddenly, multiethnic kingdoms were replaced by embryonic nation-states. The Habsburg Empire was divided up between Poland, Czechoslovakia, the Kingdom of Yugoslavia, Romania, and the much-reduced core nations of Austria and Hungary. This redrawing of borders along ethnic and linguistic lines has endured, with some alteration, to the present day.

At first, this process was halting and incomplete, a consequence of the overlapping religious, ethnic, and cultural identities that characterized Eastern Europe before the 20th century. President Woodrow Wilson naively hoped that old empires could be subdivided into ethnically coherent states. He underestimated the region’s patchwork complexity. In 1938, Poland was only 68 percent Polish; Bosnians, Serbs, Croats, and Slovenians were all subjects of the Kingdom of Yugoslavia; and the Czechs and the Slovaks were still trying to make their marriage work. World War II and its aftermath — the destruction of the Jews, the expulsion of German communities from across Eastern Europe, the westward shift of Poland’s borders, countless local pogroms and blood feuds — would continue Trianon’s work. The revolutions of 1989 and the Balkan Wars of the 1990s were the final steps in this regional reordering.

Few would have guessed it in 1920, but the treaty also anticipated the contours of American diplomacy for much of the next century. Trianon was the product of an awkward marriage between American idealism and democratic identity politics. Wilson’s political designs were aided by vigorous lobbying from the Czechs and Slovaks of the American Midwest, who eagerly embraced the national aspirations of their distant cousins. At the time, this alliance was a new factor on the global stage, but similar convergences would influence American foreign policy for the remainder of the 20th century. The strange bedfellows of Trianon anticipated the coalition of Cuban emigres and anti-Communist true believers that sustained the Cuban embargo, as well as the political alliance between American Jews and ideological supporters of the State of Israel.

Trianon is also a useful starting point for understanding modern Eastern European politics. The rise of nationalist-populist leaders such as Viktor Orbán in Hungary and Mateusz Morawiecki in Poland is often described as a sudden break from the hopeful liberal stirrings of the 1990s and early 2000s. But the reemergence of nationalism has far deeper roots. One of the most important factors behind the collapse of the Soviet bloc was the reassertion of national sovereignty by Russia’s Eastern European satellites. As World Bank economist Branko Milanović has written, the revolutions of 1989 are best understood as “revolutions of national emancipation, simply as a latest unfolding of centuries-long struggle for freedom, and not as democratic revolutions.” This may come as a disappointment to the prophets of end-of-history liberalism, who hoped that Eastern European countries would seamlessly adopt the mores, politics, and institutions of their Western counterparts. But like Wilson before them, idealists are sometimes blind to facts on the ground.

A combination of pride and precarity explains the potency of nationalism in Eastern European politics. Despite their long historical memories, most of the region’s countries have existed (in one form or another) for only a century. The 1989 revolutions marked the revival of dormant national identities, with the Soviet Union and Communist Yugoslavia replacing the old imperial powers of the early 20th century. Viewed in this context, the region’s current political drift is much more comprehensible. Ethnically homogenous nation-states are unlikely to welcome large numbers of new arrivals. Poland and Hungary are particularly sensitive to issues of immigration and EU overreach because memories of imperial rule are still fresh. There is a reason the Polish national anthem opens with the mournful but defiant line, “Poland has not yet perished.”

One hundred years after Trianon, the aftershocks of the First World War continue to be felt across Eastern Europe. The Poles celebrate the war’s November armistice as a day of national liberation. In Hungary, the mood is less celebratory. The blue and gold flag of the Hungarian-speaking minority in Transylvania flies proudly outside the Hungarian Parliament in Budapest. Across the border, the Romanians have declared the June 4th anniversary of Trianon, which awarded them Transylvania at Hungary’s expense, a national holiday. Open conflict between two EU member states with aging populations and miniscule military budgets is unlikely, but old wounds still ache.

The Hungarians of Transylvania are a tenuous link to Eastern Europe’s past. The region’s cosmopolitan history has been memorialized in film and literature but is now gone forever. The end of World War I inaugurated a new era in Eastern European politics, replacing imperial superstates with a community of independent nations. To understand the potency of nationalism in Eastern Europe, we should start with the Treaty of Trianon and its aftermath.